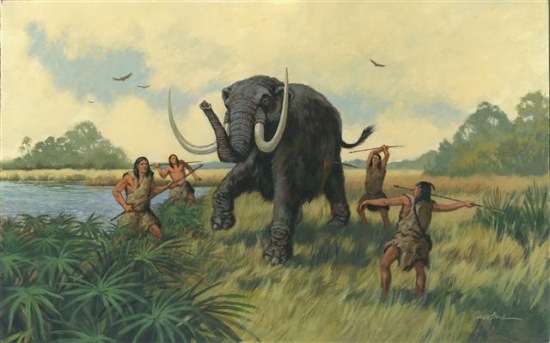 ERIE, PENNSYLVANIA—A team led by Mercyhurst University archaeologist James Adavasio will excavate a site in Vero Beach, Florida, that is one of North America's most controversial. In 1915, workers dredging a canal in Vero Beach unearthed a trove of bones belonging to extinct Ice Age animals such as saber tooth cats, ground sloths, and mammoths. Among those remains were a human skull, and dozens of other human bones that could have belonged to a man who lived 13,000 years ago. Dubbed "Vero Man," the remains became a flashpoint in the debate over the antiquity of humans in the New World. “From the beginning, Vero was one of the more infamous archaeological sites in North America because it was seen as such a threat to the then perceived wisdom that no humans had lived here during the last Ice Age,” said Adovasio. He and his team will apply modern, scientific techniques to the Vero Beach site, which has excellent preservation of Ice Age plant and animal remains.