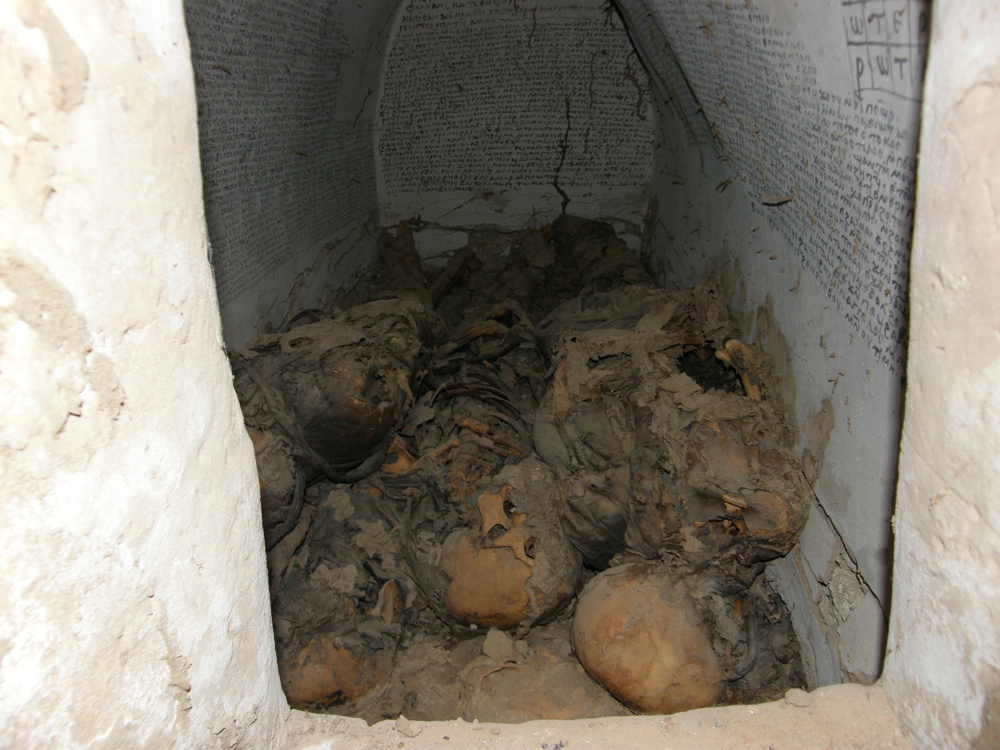 WARSAW, POLAND—A Polish team excavating at the site of Old Dongola in northern Sudan have uncovered a 900-year-old medieval crypt. Dating to a period when Old Dongola was the capital of the Christian kingdom of Makuria, the crypt held the naturally mummified remains of seven individuals. According to an epitaph in the tomb, one of them was the powerful Archbishop Georgios, who died in A.D. 1113. Inscriptions covering the crypt's walls include quotations from the gospels of Luke, John, Mark and Matthew, as well as prayers to the Virgin Mary. The researchers believe the inscriptions were meant to protect those buried in the tomb during the time between their moment of death and their appearance before God.