How Did Bronze Age Villagers Survive in the Negev Desert? 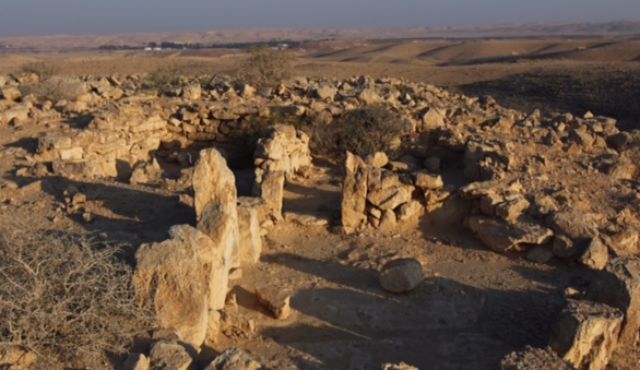 TEL AVIV, ISRAEL—The 5,000-year-old site of Mashabei Sadeh, located in the Negev Desert, consists of some 200 ancient structures near dry riverbeds that flowed during the rainy season. Did the residents use these limited resources to grow crops and keep herds to sustain themselves? Zach Dunseth is excavating Mashabei Sadeh as part of the Negev Highlands Research project, directed by Israel Finkelstein of Tel Aviv University and Ruth Shahack-Gross of the Weizmann Institute. Dunseth looked for coprolites, which would be evidence of animal husbandry and might contain phytoliths of cultivated plants. But no coprolites were found at Mashabei Sadeh. “No animal pens, no faunal remains, no stone tools like sickle blades, and most of all, no dung…. This leads us to believe that this large settlement was probably sustained by some other form of economy,” he said. A smaller settlement nearby did contain some dung, however. “There must be an explanation hidden somewhere in the ground, but at this point what we have are only hints of something greater, of Mashabei Sadeh being part of a far larger economy,” he added.