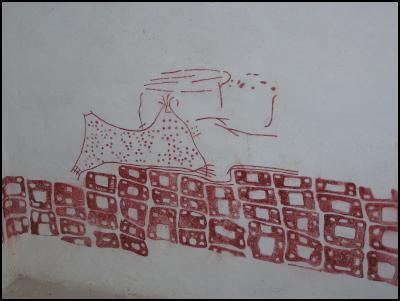 LOS ANGELES, CALIFORNIA—A mural at the Neolithic site of Çatalhöyük in central Turkey may depict an eruption of the Hasan Dagi volcano, according to new research by a team led by Axel Schmitt of the University of California Los Angeles. They analyzed and dated rocks taken from the summit and flanks of the volcano, and discovered that the volcano erupted around 6900 B.C., at about the time when the mural is thought to have been painted. “We tested the hypothesis that the Çatalhöyük mural depicts a volcanic eruption and discovered a geological record consistent with this hypothesis. Our work also demonstrates that Hasan Dagi volcano has potential for future eruptions,” Schmitt said.