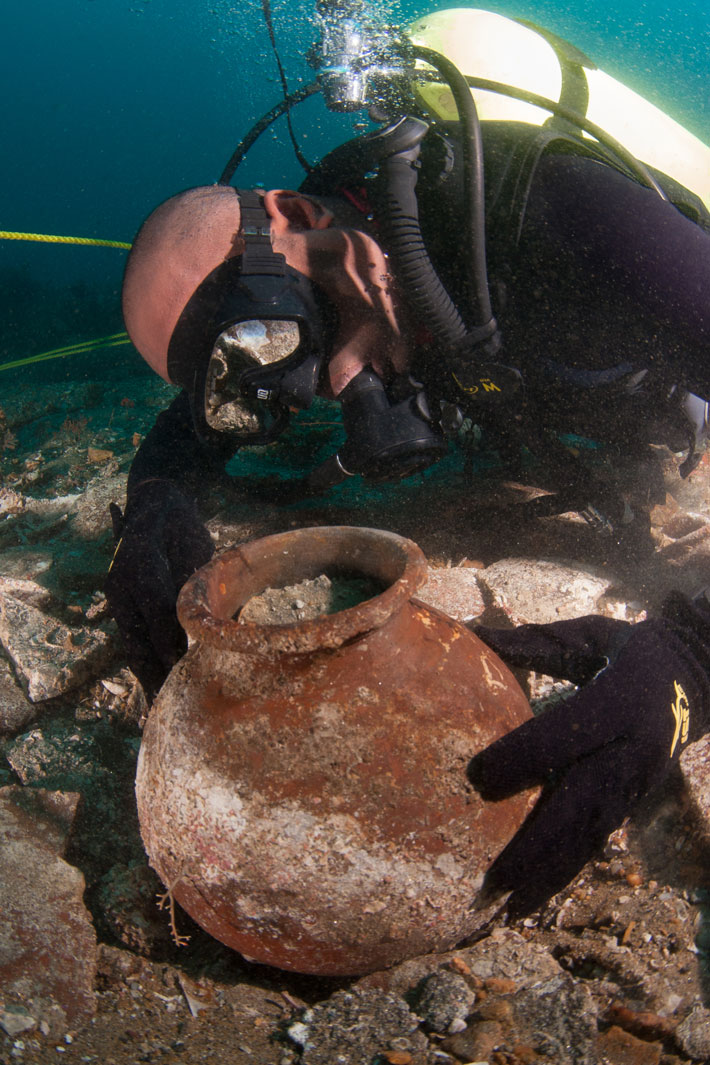 COLLEGE STATION, TEXAS—An international team of underwater archaeologists, led by Deborah Carlson of the Institute of Nautical Archaeology at Texas A&M University, will soon survey and investigate a 2,000-year-old shipwreck off the southern coast of Sri Lanka. All that remains of the wreck is a concreted mound containing timber fragments, pieces of glass ingots, corroded ingots of iron and copper, grinding stones, and pottery that have been damaged by the strong currents of the Indian Ocean. These are goods that may have been produced locally for shipment to Rome, and in fact, in the 1990s, German archaeologists discovered a second-century A.D. port near the Sri Lankan fishing village of Godavaya that served as a stop along the maritime Silk Road. This ship may have been part of the trade that brought goods from Asia to Rome.