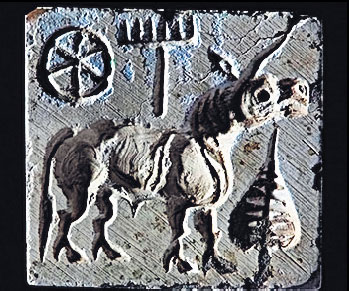 RAJASTHAN, INDIA—A seal and a weight were unearthed at a Harappan-period site in northwestern India. “The seal consists of two Harappan characters, with a typical unicorn as the motif and a pipal leaf depicted in front of an animal. There is a knob behind the seal,” Archaeological Survey of India archaeologist VN Prabhaka told the Hindustan Times. Prabhaka added that the presence of the seal and the weight, which date to the peak of the Harappan civilization (2600 B.C. to 1900 B.C.), indicate that commercial transactions were taking place at the site.