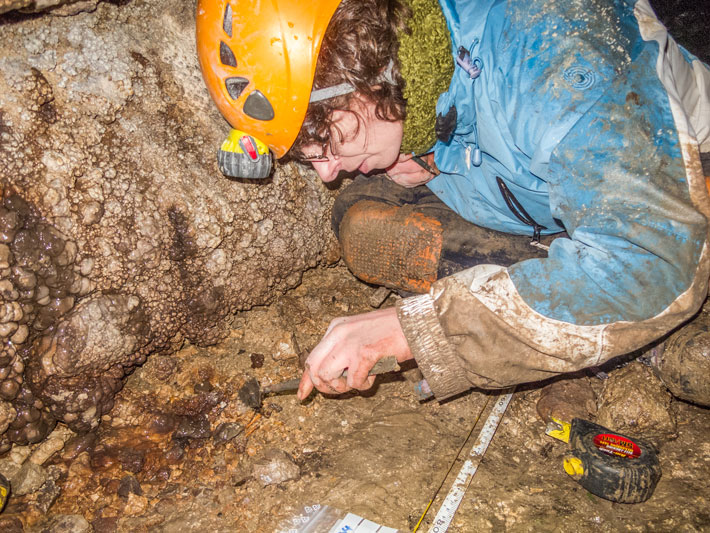 KNOCKNAREA, IRELAND—Human skeletal remains dating to the Neolithic period have been recovered from a tiny cave on Knocknarea. Of the 13 bone fragments, three belonged to a child, and ten to an adult. “Significantly, too, it seems the adult had been placed there about 300 years before the child, who died about 5,200 years ago,” Marion Dowd of the Institute of Technology Sligo told the Irish Mirror. She suggests that the bodies had been placed in the cave, and their bones collected and moved to another location after decomposition had taken place. These few small bones had been missed.