Egyptians May Have Domesticated Cats Earlier Than Thought 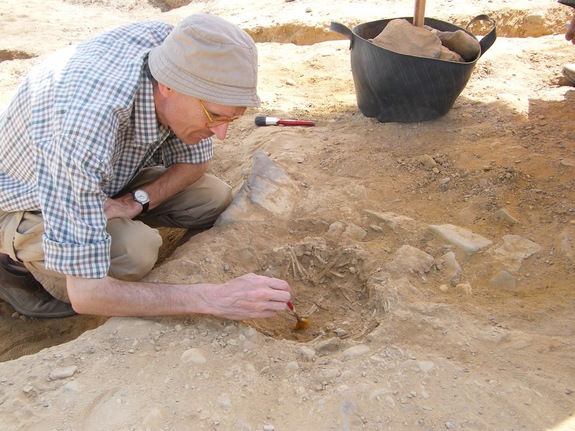 LEUVEN, BELGIUM—At the ancient Egyptian site of Hierakonopolis, in a cemetery containing the remains of humans, baboons, leopards, and hippopotamuses, archaeologists have found the skeletons of six cats, buried together near the wall of the cemetery, that could push the date of cat domestication in Egypt back to 6,000 years ago. An examination of the cats’ teeth and bones showed that there were two young adults of about a year old, and four kittens from at least two litters, all probably of the species Felis silvestris, a small wildcat found in Africa, Europe, and central Asia. One litter of kittens was only slightly older than the other, suggesting that the natural reproductive cycle had been interrupted, perhaps with food and human care. “The last word on cat domestication (when and where) is not yet said,” bioarchaeologist Wim Van Neer of the Royal Belgian Institute of Natural Sciences and Catholic University, Leuven, told Live Science. “We want to investigate whether there was only one domestication center (in the Levant), or whether Egypt should also be considered as a second, later, domestication center.