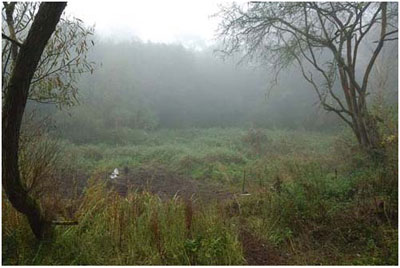 WILTSHIRE, ENGLAND—The parish of Amesbury has been continuously inhabited in every millennia since 8820 B.C., making it the oldest settlement in Britain, according to carbon dates obtained from the bones of aurochs unearthed at the Mesolithic Blick Mead site. Located just one and a half miles from Stonehenge, “the site blows the lid off the Neolithic revolution in a number of ways. It provides evidence for people staying put, clearing land, building and presumably worshipping monuments,” David Jacques of the University of Buckingham told The Express. The first monuments at Stonehenge consisted of enormous pine posts that were put in place between 8820 and 6590 B.C. Residents of Blick Mead would have traveled the River Avon to the ritual area for feasting, and perhaps for the bright pink flint that wasn’t available anywhere else in the country. Stonehenge was eventually erected after the long-term use of the area in 3000 B.C.