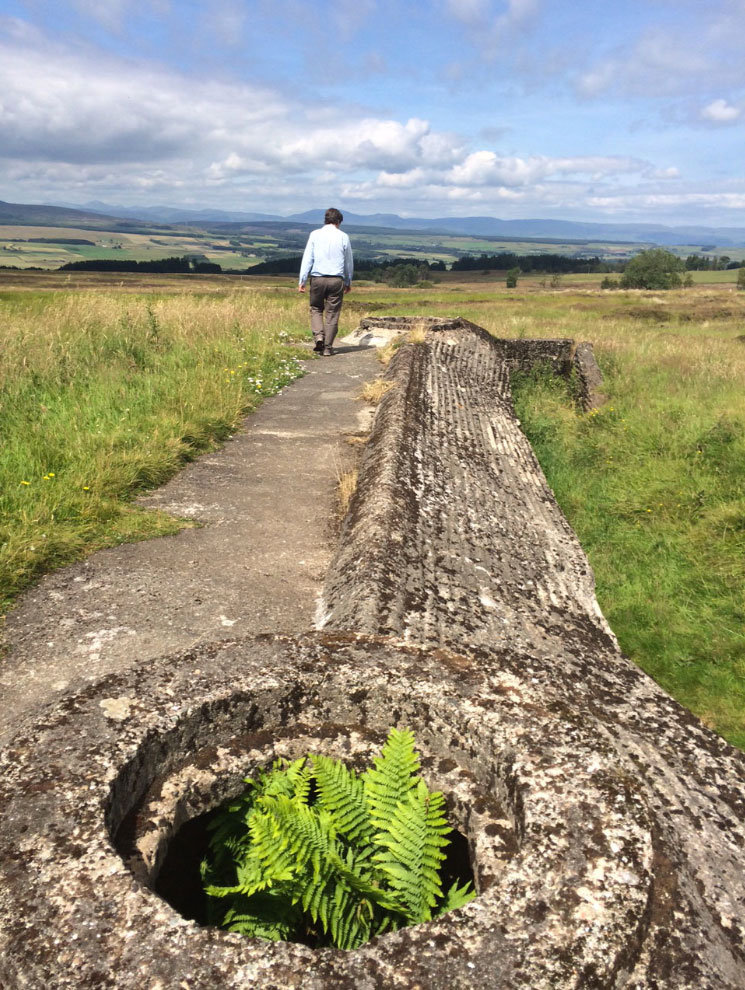 DUNBLANE, SCOTLAND—Battlefield archaeologist Tony Pollard of the University of Glasgow and Janice Ainslie of Dunblane Museum are studying a concrete wall built at Sheriffmuir in 1943. The ten-foot-tall wall, which was constructed according to plans stolen from German engineers by French painter Rene Duchez, replicated the German concrete defenses that stretched from Norway to the Spanish border. “A lot of the training for D-Day was done at this wall. Training grounds like this were key in bringing units together that had never fought before and giving them real world experience,” Pollard told The Herald Scotland. Laser scans of the wall may help the researchers determine what kinds of weapons were used in training. And Pollard may excavate at the site of the gun turrets at one end of the wall. Sand, rumored to have been dumped in front of the wall to recreate the conditions on France’s beaches, could be found.