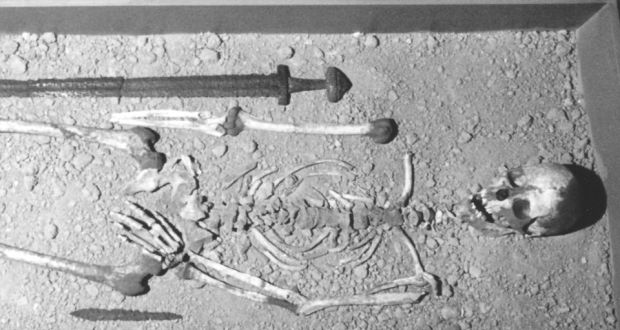 DUBLIN, IRELAND—After 15 years of study, archaeologists are ready to release a massive report that collects and presents evidence for the astounding number of Viking warrior burials beneath the streets of Dublin, reports the Irish Central. The burials, which date to between A.D. 841 and 902, represent the “largest burial complex of its type in western Europe, Scandinavia excluded,” says Stephen Harrison, who co-authored the 800-page report. It has long been thought that ancient annals that reported that there were vast numbers of Viking warriors in Dublin were greatly exaggerated, but now the great number of burials, along with the impressive grave goods the Vikings have been found with, are evidence not only that the annals may not have exaggerated as much as previously thought, but also that during the ninth century, Dublin was a wealthy and important city.