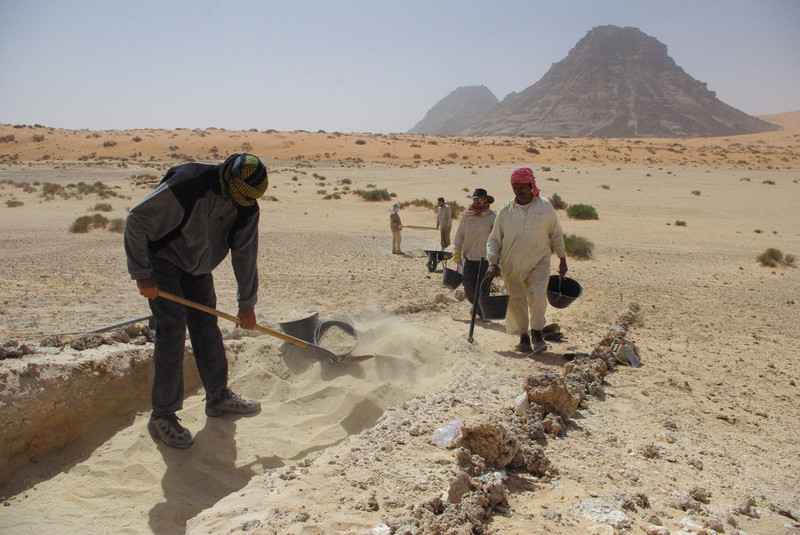 BORDEAUX, FRANCE—A team of researchers led by Eleanor Scerri of the University of Bordeaux compared stone artifacts unearthed from three sites in the Arabian Desert with artifacts discovered in northeast Africa near the skeletons of modern humans. All of the tools were between 70,000 and 125,000 years old. Live Science reports that the artifacts from two of the three Arabian sites were “extremely similar” to the tools from northeast Africa, suggesting that the groups may have had some interaction, and that the Arabian tools could have been made by modern humans. The tools from the third Arabian site were “completely different,” however, and may have been crafted by a different human lineage. “It seems likely that there were multiple dispersals into the Arabian Peninsula from Africa, some possibly very early in the history of Homo sapiens. It also seems likely that there may have been multiple dispersals into this region from other parts of Eurasia. These features are what make the Arabian Peninsula so interesting,” Scerri explained. To see how this discovery might complement recent DNA work, see ARCHAEOLOGY's "Turning Back the Human Clock."