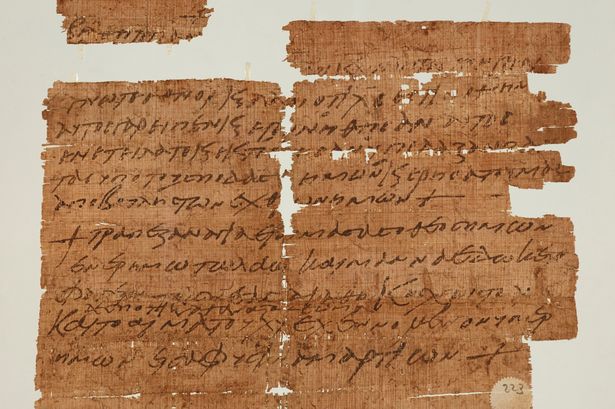 MANCHESTER, ENGLAND—A fragment of a 1,500-year-old papyrus charm from Egypt in the John Rylands Library at Manchester University is “the first ever found to refer to the Last Supper and use magic in the Christian context,” according to Roberta Mazza of the new John Rylands Research Institute. She says that the papyrus shows that early Christians had adopted the ancient Egyptian practice of writing charms on pieces of papyrus to be worn as amulets of protection against dangers. The words from the Christian Bible had been written on the reverse side of a receipt for the payment of grain tax in the village of Tertembuthis, near the city of Hermoupolis, then folded up and placed in a locket or a pendant. “We can say this is an incredibly rare example of Christianity and the Bible becoming meaningful to ordinary people—not just priests and the elite,” she told BBC News. The document has been in the library since 1901. To read about another early Christian text, see ARCHAEOLOGY's "Egyptian Text Describes Jesus Changing His Shape."