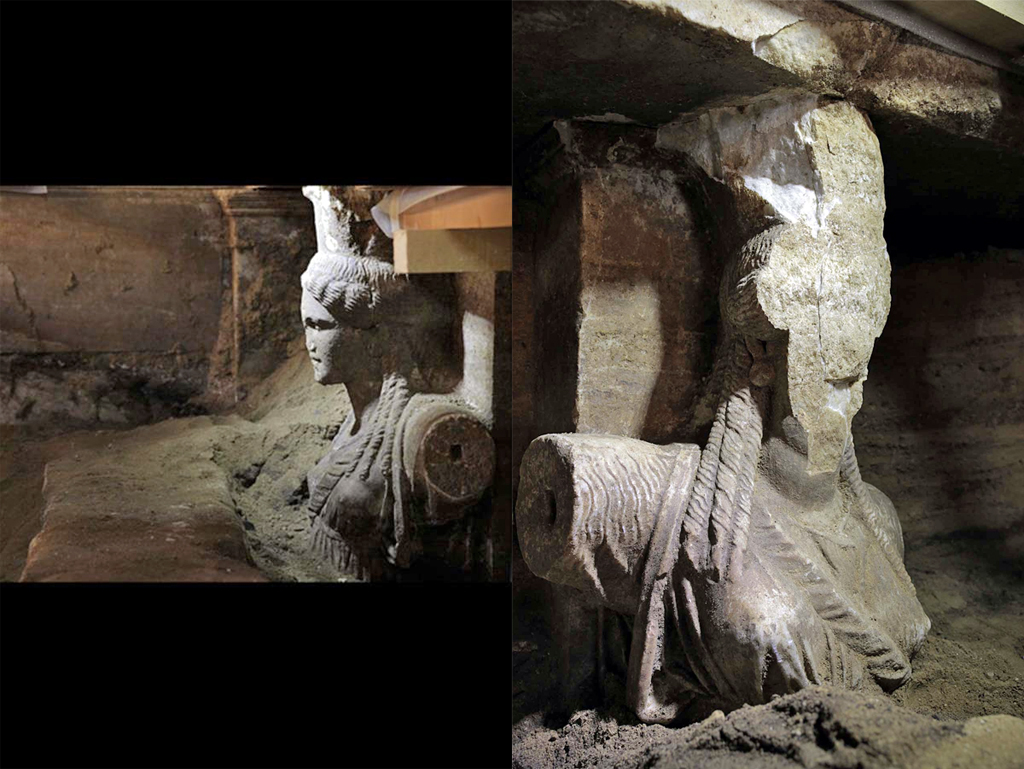 AMPHIPOLIS, GREECE—Discovery News reports that two caryatids have been found at a second sealing wall in the tomb under excavation in Amphipolis. “The right arm of the western Caryatid and the left arm of the eastern one are both outstretched, as if to symbolically prevent anyone attempting to enter the grave,” Greece’s Culture Ministry announced. The marble sculptures, which bear traces of red and blue paint, are of thick-haired women wearing sleeved tunics and earrings. The face of one of the figures survives nearly intact, and fragments of parts of the hands and fingers have been found in the soil. A rectangular marble block decorated with rosettes and blue, red, and yellow paint was also discovered at the bottom of the vault. There’s some speculation that the tomb may hold the remains of a Macedonian queen. To read about excavations at a Hellenistic-period city in Turkey, see ARCHAEOLOGY's "Zeugma After the Flood."