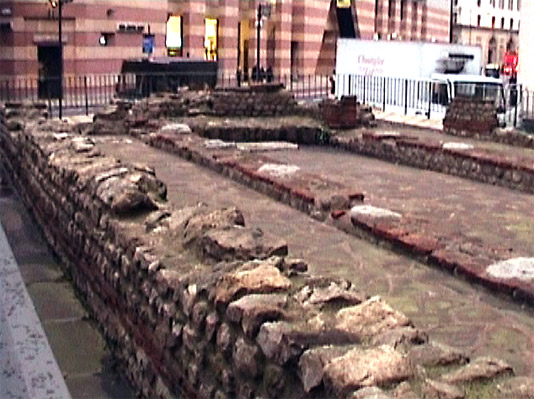 LONDON, ENGLAND—Museum of London Archaeology (MoLA) researchers have taken a novel approach to restoring the third-century A.D. temple dedicated to the god Mithras that once stood in the center of the city. The temple, which was discovered in 1954, was a major attraction for London’s war-weary residents, says the Guardian, so MoLA archaeologists have taken to asking the public for their memories of the site, memorabilia, and photographs, in order to reconstruct the temple on its original foundations. They are even hoping that an early visitor may have saved a sample of the temple’s original pink mortar, none of which survives in situ. Soon after the temple was discovered it was relocated in preparation for a new office building on the site, which is currently being developed again as the new Bloomberg office building. The new building will incorporate the rebuilt temple, which should be on view by 2017 more than sixty years after it was first discovered. To read more about the intriguing ancient god Mithras, see ARCHAEOLOGY'S "Bull-killer, Sun Lord."