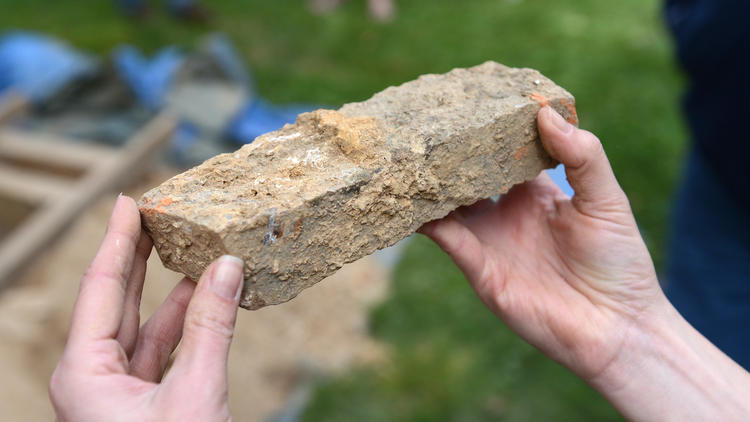 NAZARETH, PA—Archaeologists in Nazareth have uncovered the foundations of the First House of Nazareth, which was built in 1740, and was part of the first Moravian settlement in North America, according to a report in The Morning Call. Using historical maps and geophysical research, the archaeological team located the building’s foundations, which they began to expose soon after discovering them. In addition to the stone foundations and pieces of plaster from the building, the archaeologists also unearthed redware pottery, a pipe, buttons, a glass medicine vial, and a brass horse bell, artifacts that tell a small part of the story of the Central European Protestants who came to the Lehigh Valley in the eighteenth century as missionaries. For more about Pennsylvania archaeology, see ARCHAEOLOGY'S "Does the Natural Gas Boom Endanger Archaeology?"