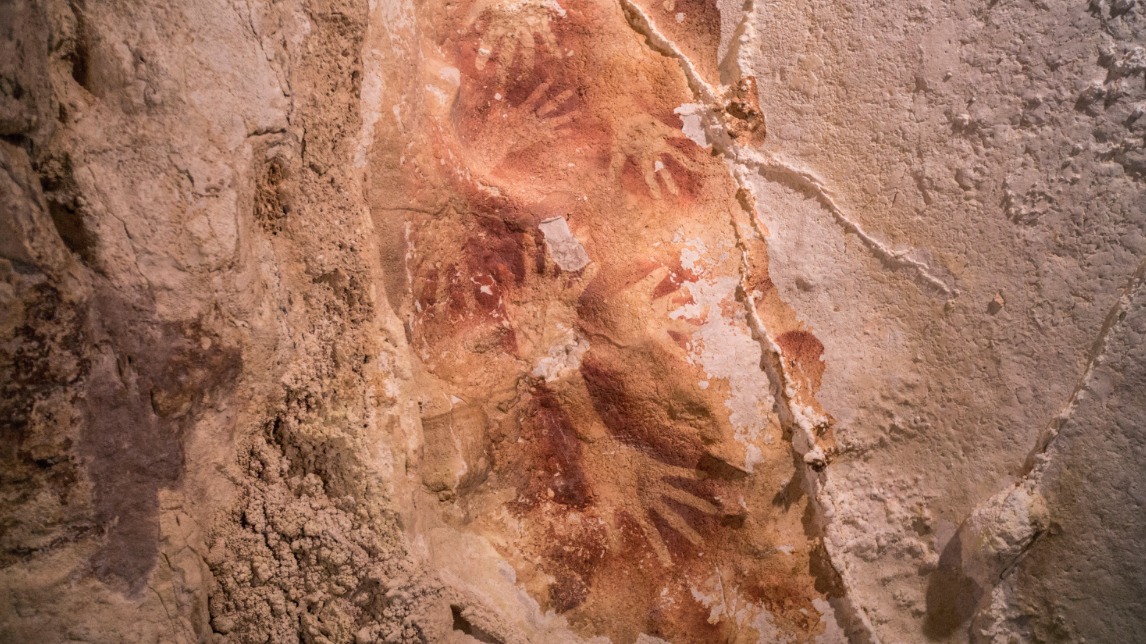 QUEENSLAND, AUSTRALIA—Twelve stencils of human hands and two images of large animals that were discovered in a limestone cave on the Indonesian island of Sulawesi in the 1950s have been subjected to uranium-thorium dating. The tests revealed that one of the stencils is at least 40,000 years old, and an image of a babirusa, drawn with what look like brush strokes, is at least 35,400 years old. These dates make the Indonesian art at least as old, if not older, than similar Ice Age art found in European caves. “It allows us to move away from the view that Europe was special. There was some idea that early Europeans were more aware of themselves and their surroundings. Now we can say that’s not true,” archaeologist Maxime Aubert of Griffith University told Nature News. Artistic ability may have arisen independently, or modern humans may have already had the capacity to create when they migrated out of Africa. Alistair Pike of the University of Southampton, who identified what is considered to be the oldest cave art in Europe, recommends searching for evidence of art in India and Southeast Asia, along the southern migration route. To watch a video about prehistoric rock art in Australia, watch ARCHAEOLOGY's "Aboriginal Rock Art."