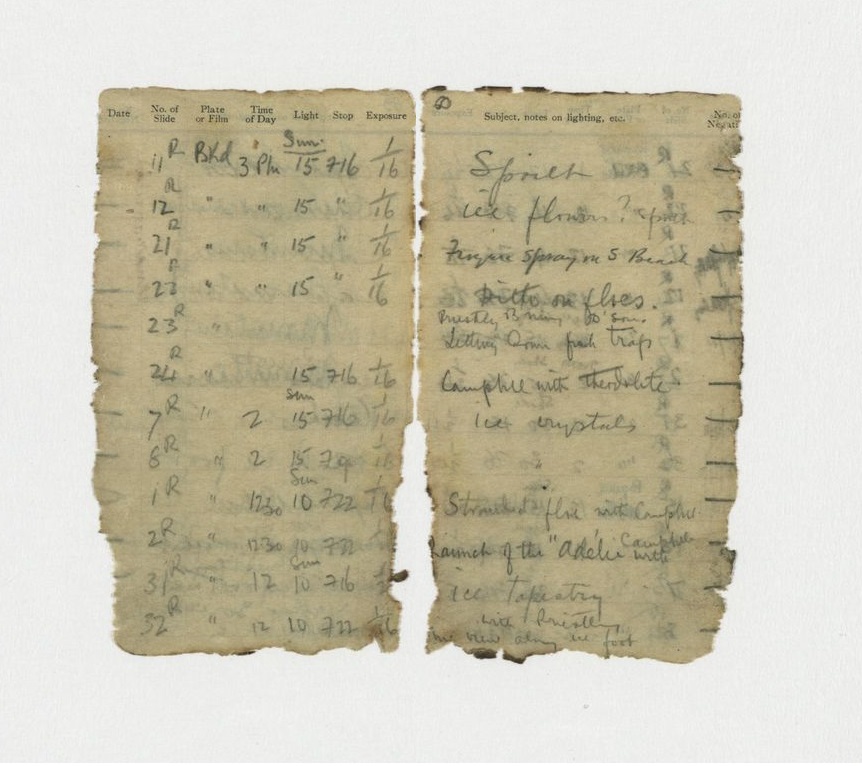 CHRISTCHURCH, NEW ZEALAND—A notebook belonging to George Murray Levick has been recovered from the melting snow and ice at Captain Scott’s 1910-1913 expedition base at Cape Evans, Antarctica, by New Zealand’s Antarctic Heritage Trust. According to The Guardian, Levick used the “Wellcome Photographic Exposure Record and Diary 1910” at Cape Adare in 1911 to list dates, subjects, and exposure details for his photographs. “It’s an exciting find. The notebook is a missing part of the official expedition record. After spending seven years conserving Scott’s last expedition building and collection, we are delighted to still be finding new artifacts,” said Nigel Watson, Antarctic Heritage Trust’s Executive Director. The book’s binding had dissolved, so the pages were separated, conserved, and digitized before the book was sewn back together. The entries in the notebook have been linked to photographs held by the Scott Polar Research Institute in Cambridge. For more on photographs from another Antarctic expedition, see ARCHAEOLOGY's "Photographs from Shackleton’s Expedition Developed."