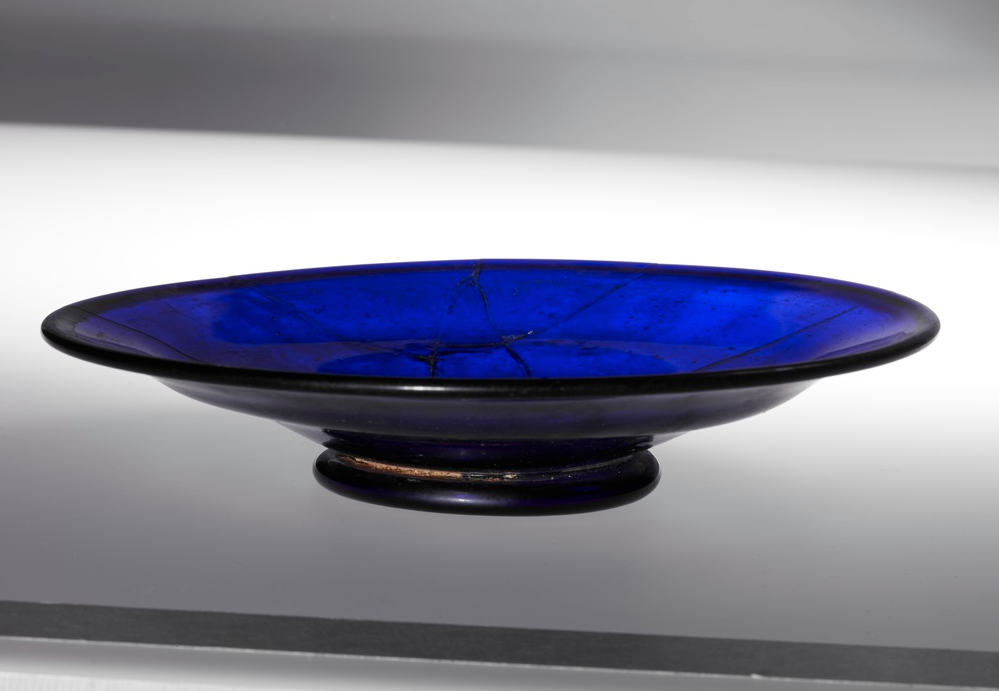 KASHIHARA, JAPAN—A dark blue dish and a clear painted bowl recovered together from a fifth-century tomb in Nara Prefecture are evidence of Japan’s far-reaching trade networks. The dish has been confirmed to have been imported from the Roman Empire. Its chemical composition, analyzed with a fluorescence X-ray device, is almost identical to Roman glasswork made in the second century or earlier in the Mediterranean region. The chemical composition of the painted glass bowl matches glass fragments unearthed at the palace in the ancient Persian capital of Ctesiphon. “Japan aggressively traded with other countries in the fifth century, and (the latest findings) show various elements were entering Japan at the time. Because the glass dish may have been transported via Central Asia, it is no wonder that there was a time lag (between its production and arrival in Japan),” Takashi Taniichi of Sanyo Gakuen University told The Asahi Shimbun.