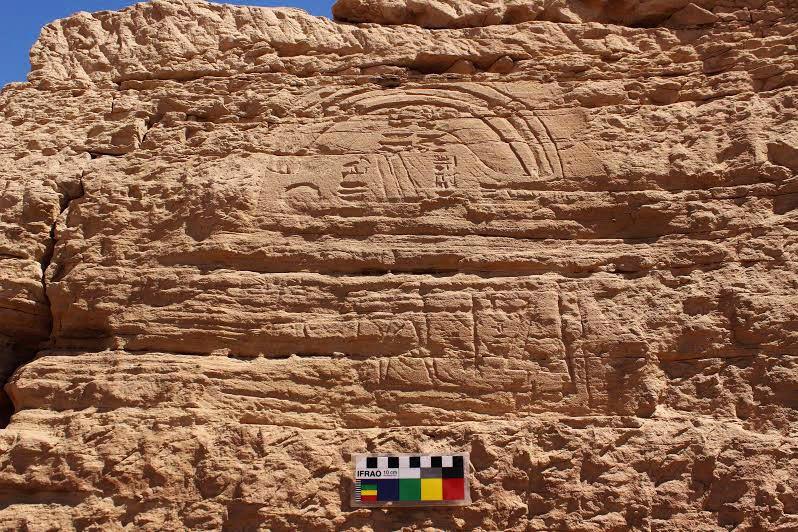 CAIRO, EGYPT—A new epigraphic survey of the ancient sandstone quarries of Gebel el Sisila north of Aswan has revealed previously unrecorded inscriptions and rock art, reports the Cairo Post. Led by Lund University archaeologist Maria Nilsson, the team has found a rare depiction of two obelisks from the quarry being cut and loaded onto boats, as well as a small rock carved stela that shows a pharaoh making offerings to the gods Amun-Ra and Thoth, who are rarely portrayed together. A royal cartouche accompanying the stela is so poorly preserved that the team can not be sure which pharaoh is being depicted, but preliminary work suggests the stela dates to the late dynastic period, perhaps the Third Intermediate Period (1069-664 B.C.) The Gebel el Silsila Survey has also thus far discovered more than 60 rock art sites on both sides of the Nile that date from the Epipalaeolithic (ca. 8500 to 6500 years ago), to the Early Dynastic (ca. 3100-2686 B.C.) periods. To read about epigraphic work at a later necropolis on the Nile, see "Minature Pyramids of Sudan."