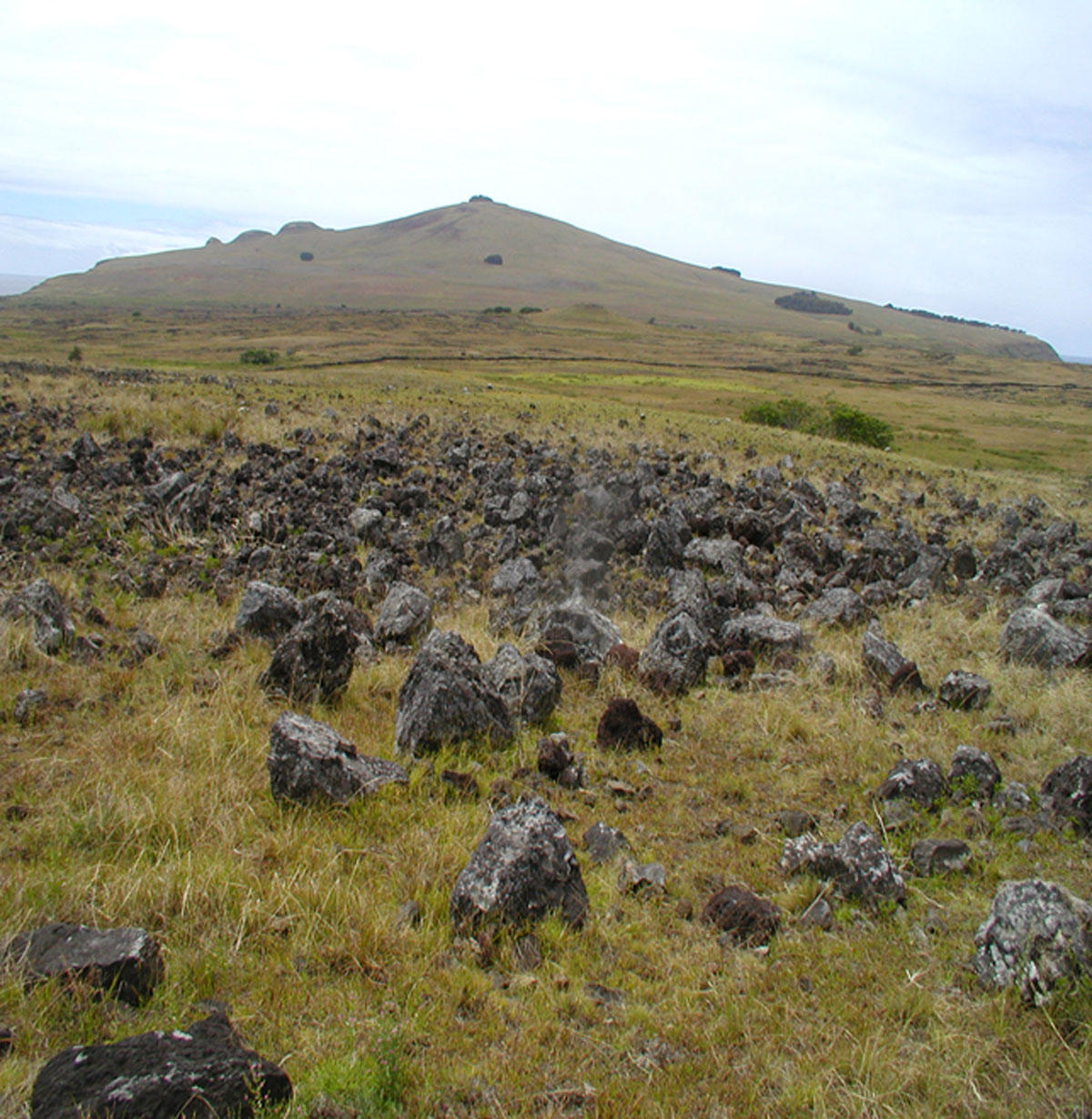 EASTER ISLAND, CHILE—A new study contradicts the idea that the prehistoric Rapa Nui people of Easter Island suffered a demographic collapse brought on by poor environmental stewardship. Scholars had theorized that unchecked agricultural growth after the first settlers arrived around A.D. 1200 strained the island's fragile ecosystem to the breaking point, leading to the erosion of topsoil and the eventual death by starvation of many members of Rapa Nui society. But prehistoric demographics are notoriously difficult to determine with precision. Phys.org reports that an international research team has evaluated the claim that the population of Easter Island collapsed by studying how land was used at different times on the island. They dated obisidian farming tools from a variety of agricultural sites on the island using a method known as obsidian hydration and found that there were population shifts that correlated with changes in rainfall and soil quality. Some areas did lose population, but others gained in population over time. Overall, they were unable to find evidence for a dramatic population collapse, which happened only once Europeans reached the island in A.D. 1722 and islanders succumbed to diseases such as syphilis and smallpox. To read about the study of the decline of a prehistoric culture in the American Southwest, see "On the Trail of the Mimbres."