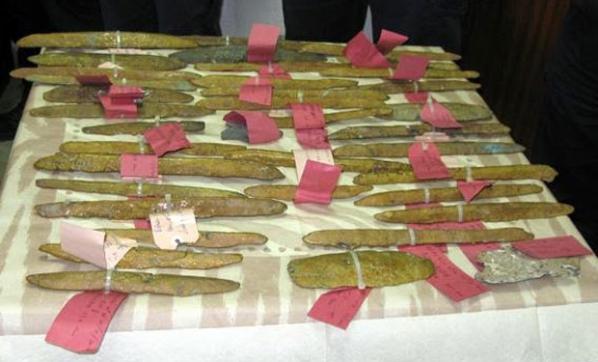 GELA, SICILY—Thirty-nine ingots of cast metal have been recovered from a ship that sank 2,600 years ago off the southern coast of Sicily. “The wreck dates to the first half of the sixth century. It was found about 1,000 feet from Gela’s coast at a depth of ten feet,” Sicily’s superintendent of the Sea Office, Sebastiano Tusa, told Discovery News. Analysis of the metal shows that it is an alloy made of copper, zinc, and small percentages of nickel, lead, and iron. The ingots were most likely destined for workshops in Gela. “It will provide us with precious information on Sicily’s most ancient economic history,” Tusa said of the shipwreck’s cargo. To read more about underwater archaeology, see "History's 10 Greatest Shipwrecks."