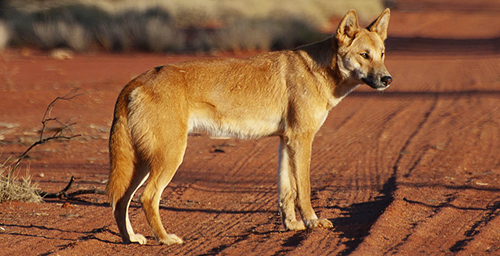 CHAMPAIGN, ILLINOIS—A study of a region of the mitochondrial DNA of 84 dogs from more than one dozen ancient sites in North and South America suggests that the animals came to the Americas only 10,000 years ago. “This also is about the same time as the oldest dog burial found in the Americas. This may not be a coincidence,” said Ripan Malhi of the University of Illinois. Some of the remains came from Colorado, British Columbia, and the Janey B. Goode site, located near the ancient city of Cahokia, where dogs were carefully buried. Dog remains at Cahokia, however, are sometimes burned and found with food debris. The new research found ancient dog populations that were more diverse than previously thought. Low genetic diversity was found in other dog populations, however, suggesting that people in those regions may have been breeding dogs. And, some samples featured similarities with American wolves, indicating that the wild animals may have interbred with domesticated dogs. “Dogs are one of the earliest organisms to have migrated with humans to every continent, and I think that says a lot about the relationship dogs have had with humans. They can be a powerful tool when you’re looking at how human populations have moved around over time,” added Kelsey Witt, who has sequenced the full mitochondrial genomes of 20 ancient dogs for further study. For more on the archaeology of dogs, see "More Than Man's Best Friend."