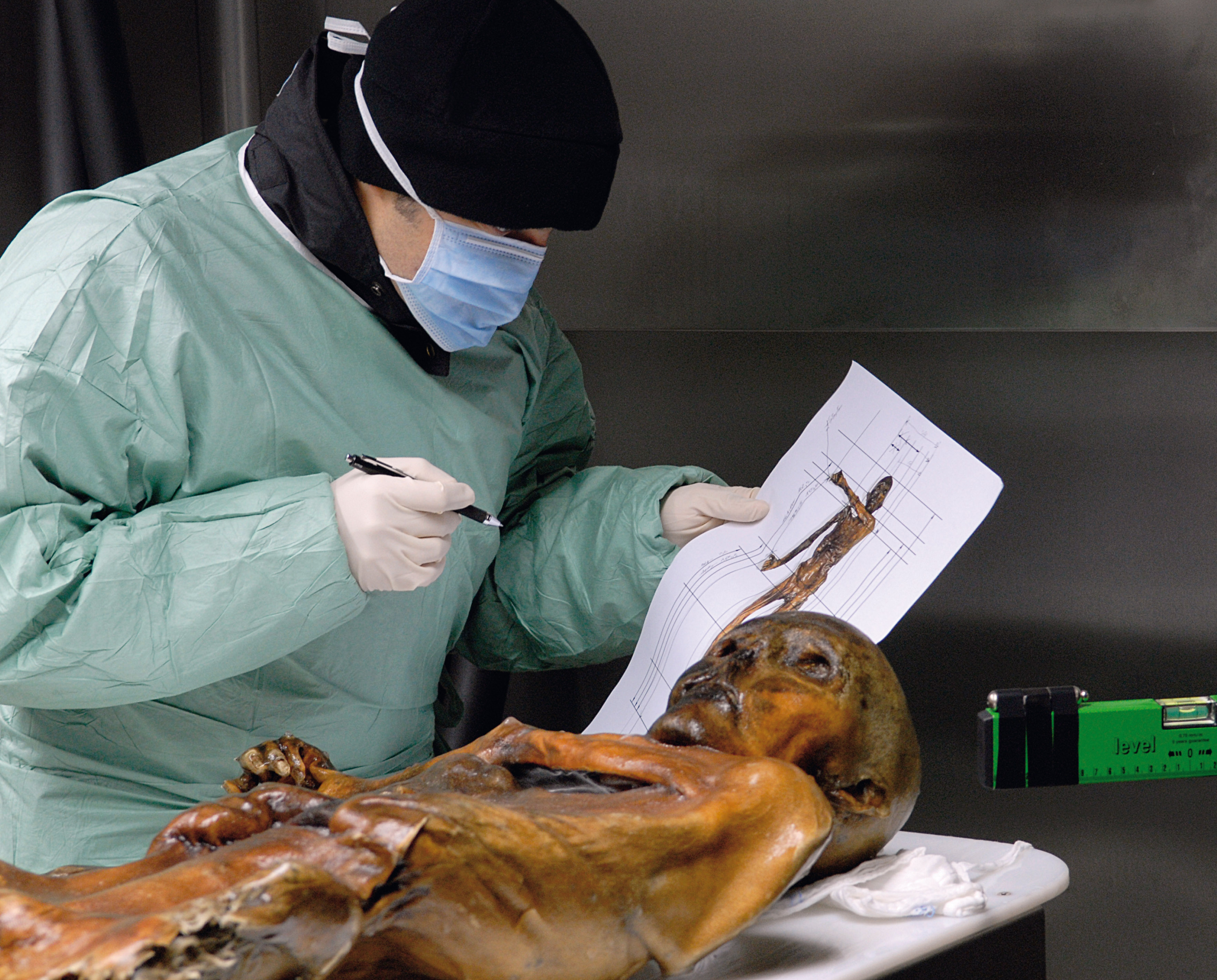 BOLZANO, ITALY—New tattoos have been found on the ribcage of Ötzi, the 5,300-year-old frozen mummy discovered by hikers in the Alps in 1991. Marco Samadelli, Marcello Melis, Matteo Miccoli, Eduard Vigl, and Albert R. Zink slightly thawed Ötzi’s body before they photographed it with a modified 36 MP digital SLR camera outfitted with filters to capture images in ultraviolet, visible, and infrared wavelengths. The images were processed using special software designed to detect color differences in the non-visible spectral range, and they found a group of unrecorded tattoos on the mummy’s lower right rib cage that are invisible to the naked eye. The four parallel lines are “the first tattoo … detected on the Iceman’s frontal part of the torso,” Samadelli told Red Orbit. It had been suggested in previous research that Ötzi’s tattoos may have been medicinal or therapeutic in nature, since most of the marks are said to correspond to classic Chinese acupuncture points. Ötzi is thought to have died at about 45 years of age after he was shot in the back with a stone-tipped arrow and bludgeoned. Research has also revealed that his last meal consisted of grains and ibex meat, and that he suffered from gum disease, gallbladder stones, Lyme disease, parasites, and atherosclerosis. To read more about tattoos in the ancient world, go to "Ancient Tattoos."