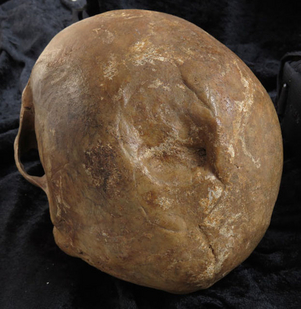 UNIVERSITY PARK, PENNSYLVANIA—An international team of researchers examined 236 skulls of men whose skeletons had been exhumed from medieval cemeteries in Denmark during construction projects. They found that 21 of the men had healed skull fractures that they probably received through violence or work-related accidents. “The vast majority only had one blow,” to the head, George Milner of Pennsylvania State University told Live Science. Two of the skulls had two injuries apiece. The study showed that the men with healed skull fractures were 6.2 times more likely to die an early death than the men without skull fractures. “Their treatment then would have been pretty much go home, lie down and hope for the best,” Milner said. Were the fractures accompanied by traumatic brain injuries that led to early death, or did the men have lifestyle traits that reduced their longevity? “What we want to do is to be able to obtain figures or statistics that are comparable to those of today to give us a long-term perspective of pathological conditions of various sorts,” Milner explained. To read about medical care in early modern Europe, see "Haunt of the Resurrection Men."