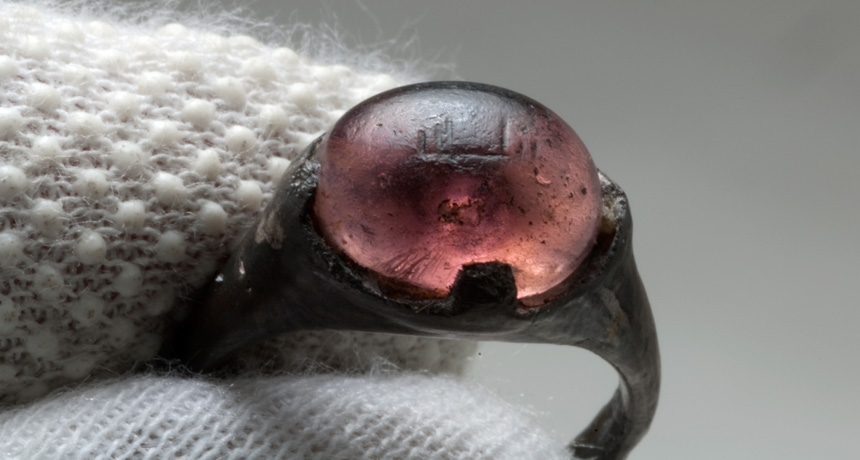 STOCKHOLM, SWEDEN—The recent examination of a ring excavated from a ninth-century grave in the Viking trading center of Birka, Sweden, more than 100 years ago suggests that Vikings had contact with Islamic civilization. The silver ring is adorned with a violet-colored piece of glass (long thought to have been an amethyst) engraved with an inscription that reads “To Allah” or “For Allah” in Arabic. A scanning electron microscope revealed little sign of wear on the ring, indicating that it had few owners before it was buried in the grave of a Viking woman. Ancient texts mention contact between Scandinavians and members of Islamic civilization, but such archaeological evidence is rare. “Being the only ring with an Arabic inscription found at a Scandinavian archaeological site, it is a unique object among Swedish Viking Age material,” the scientists, led by biophysicist Sebastian Wärmländer of Stockholm University, wrote in the journal Scanning, reported by Science News. To read more in-depth about the archaeology of Vikings, see "The Vikings in Ireland."