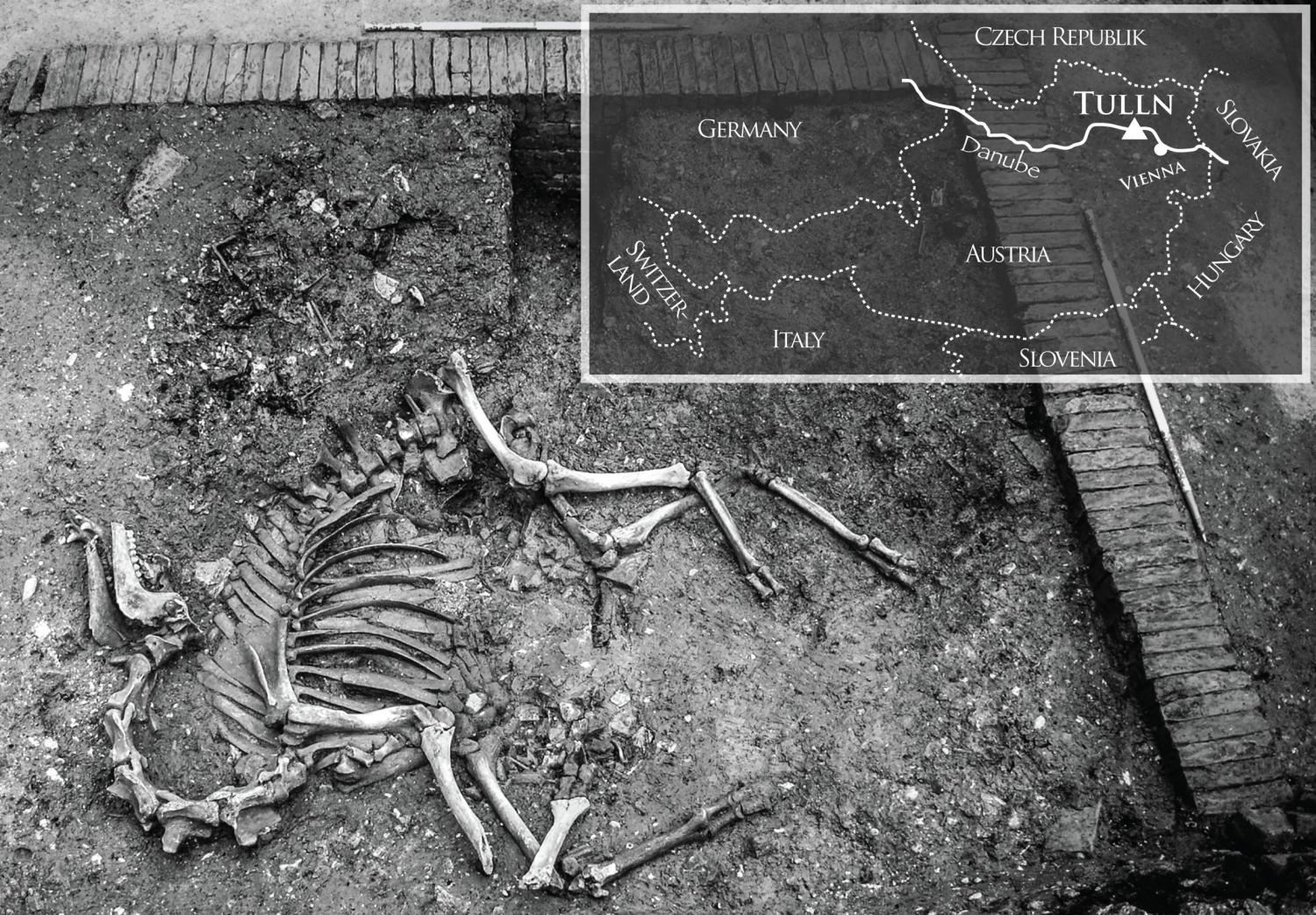 VIENNA, AUSTRIA—The complete skeleton of a camel dating to the Second Ottoman War of the seventeenth century was recovered during rescue excavations in the Lower Austrian city of Tulln. Genetic testing revealed that the camel was a male hybrid of a dromedary in the maternal line and a Bactrian camel in the paternal line. “The partly excavated skeleton was at first suspected to be a large horse or cattle,” archaeozoologist Alfred Galik said in a University of Veterinary Medicine Vienna press release. “But one look at the cervical vertebrae, the lower jaw and the metacarpal bones immediately revealed that this was a camel.” The Ottoman army often used hybrid camels for transportation because they were bigger and easier to handle than their pure-bred parents. Camels were also sometimes eaten, but this skeleton had not been butchered. Other artifacts from the excavation, including a medicine bottle from the “Apotheke zur Goldenen Krone” helped date the site. The camel “may have been acquired as part of an exchange. The animal was certainly exotic for the people of Tulln. They probably didn’t know what to feed it or whether one could eat it. Perhaps it died a natural death and was then buried without being used,” Galik explained. To read about the effort to rescue an Ottoman-era site, see "Saving the Silver City."