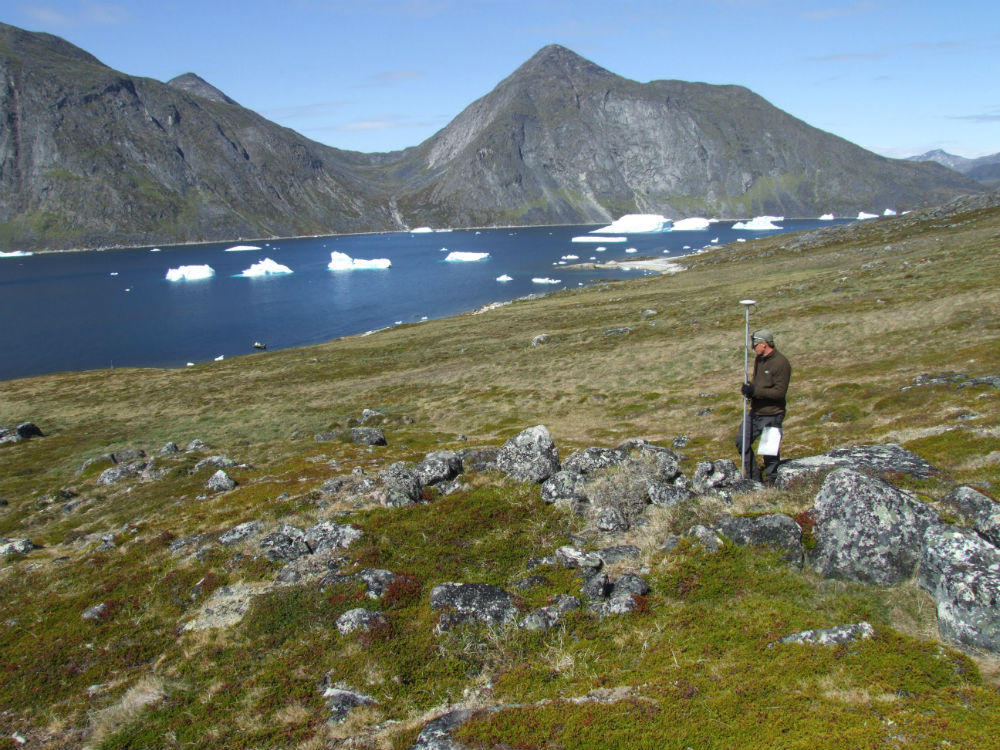 COPENHAGEN, DENMARK—Vikings in Greenland survived the Little Ice Age for much longer than previously thought, according to comprehensive studies of the landscape conducted by archaeologist Christian Koch Madsen of the National Museum of Denmark. “The stories we have heard so far about the climate getting worse and the Norsemen disappearing simply don’t hold water,” he told Science Nordic. He says that there were no more than 2,500 people living in Greenland in the middle of the thirteenth century. Earlier estimates have placed the population as high as 6,000. “When the harsh climatic changes began to set in, we can see that the outermost farms were gradually abandoned. This indicates a centralization of both power and resources, which are clear countermeasures against climate deteriorations—even though they were highly involuntary,” he explained. As the land became more barren, the population began to shrink, and the Norsemen gathered in larger settlements and centralized the economy. They eventually relied upon seafood and trapping for up to 80 percent of their diet. “They actually survived for a long time and were far better at adapting than we previously thought,” Madsen concluded. To read about another discovery upending conventional wisdom about the Norsemen, see "The Vikings in Ireland."