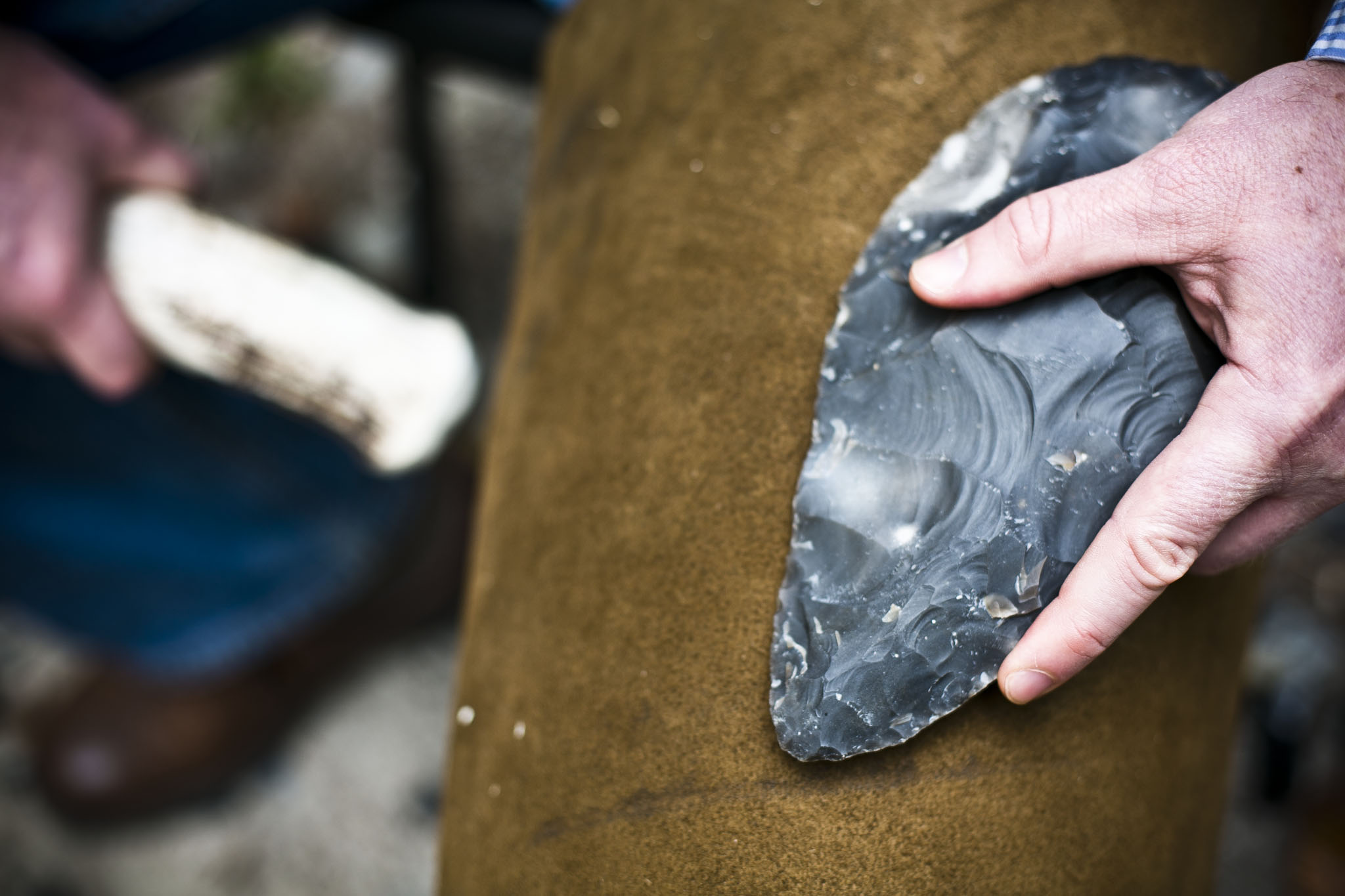 EXETER, ENGLAND—Archaeology students at the University of Exeter learned to make stone tools in the Oldowan and Acheulean traditions over an 18-month period, in order to evaluate the cognitive control required to make them successfully. At the beginning, middle, and end of the experiment, they underwent functional magnetic resonance imaging (fMRI) and diffusion tensor imaging (DTI) scans of their brains while they watched videos and were asked questions about tool making. “For the first time, we’ve showed a relationship between the degree of prefrontal brain activity, the ability to make technological judgments, and success in actually making stone tools,” Dietrich Stout of Emory University said in a press release on Phys.org. Oldowan flakes, which date back 2.6 million years, are relatively easy to make, and the students were asked to detach five flakes from a flint core. Late Acheulean hand axes are about 500,000 years old and require the knapper to produce a tool with symmetrical edges from a lens-shaped core. The subjects were give a standardized porcelain core to work with for this task. The researchers, including Bruce Bradley of the University of Exeter, Thierry Chaminade of Aix-Marseille University, and Erin Hecht and Nada Khreisheh of Emory University, found that students who demonstrated greater skill at making tools were more accurate at predicting the correct strategy for making a hand ax while watching the instructional videos. “These data suggest that making an Acheulean hand ax is not simply a rote, auto pilot activity of the brain. It requires you to engage in some complicated thinking,” Stout said. He adds that the modern axes “weren’t up to the high standards of 500,000 years ago.” To read about one of the most significant Acheulean hand ax discoveries of recent times, see "Bon Voyage, Caveman."