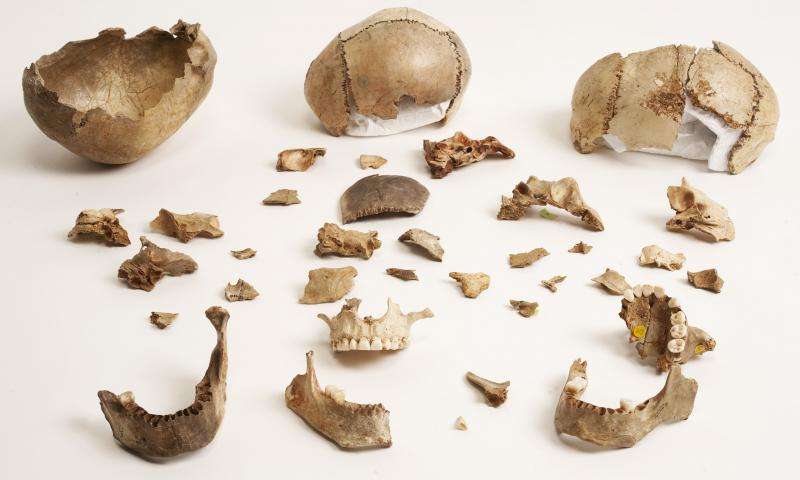 LONDON, ENGLAND—Ancient human remains from Gough’s Cave, located in southwest England, exhibit signs of a sophisticated culture of butchering and carving of human remains, according to scientists from the Natural History Museum of London, University College London, and IPHES and the Universitat Rovira I Virgili in Spain. In 2011, scientists from the museum announced that the earliest-known skull cups had been found in Gough’s Cave. “We’ve identified a far greater degree of human modification than recorded in earlier research. We’ve found undoubting evidence for defleshing, disarticulation, human chewing, crushing of spongy bone, and the cracking of bones to extract marrow,” Silvia Bello of the Natural History Museum said in a press release. Radiocarbon dates show that the bones were deposited over a short period of time, possibly during seasonal occupations, nearly 15,000 years ago. Cannibalism may have been part of a mortuary practice that combined processing and consumption of the bodies with the ritual use of skull cups. “Further analysis along the lines used to study Gough’s Cave will help to establish whether the type of ritualistic cannibalism practiced there is a regional phenomenon, or a more widespread practice found throughout the Magdalenian world,” said Simon Parfitt of University College London. For more recent evidence of the practice, see "Colonial Cannibalism."