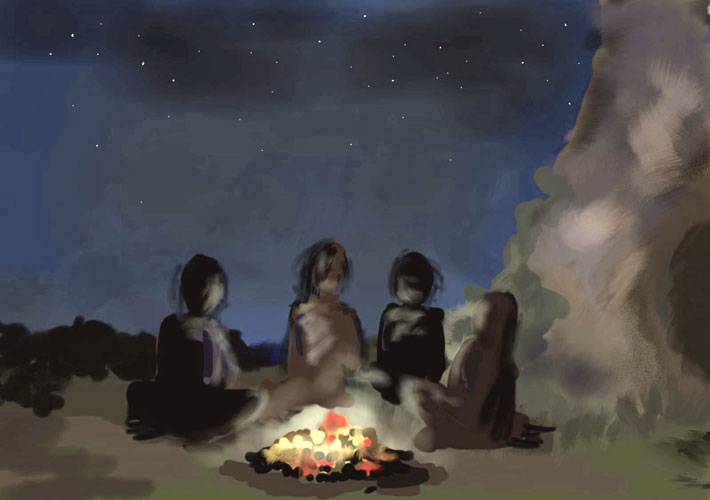 SAN FRANCISCO, CALIFORNIA—Neanderthals went extinct in most of Europe around 40,000 years ago, some 5,000 years after the arrival of the first modern humans. “The issue of Neanderthal extinction is very complex, and very little is agreed upon,” Anna Goldfield of Boston University said at the annual meeting of the Society for American Archaeology, reported in Live Science. She thinks that mastery of fire may have given modern humans an advantage over Neanderthals in the struggle for survival. Cooking would have provided modern humans with more calories from the same amount of food, and it kills bacteria, making the food safer to eat. Fires also provide warmth. Goldfield and mathematical biologist Ross Booton of the University of Sheffield used mathematical models to simulate how the populations of modern humans and Neanderthals might have changed if modern humans were using fire more frequently than Neanderthals, and when the two groups were using fire about equally. They also looked at the reindeer population—a food source for both groups. The numbers suggest that if modern humans used fire more often than the Neanderthals, they would have eventually won the competition for resources. Meanwhile, The Huffington Post reports that a study published in the journal Antiquity suggests that Neanderthals living in northern Spain some 50,000 years ago were cooking with chamomile and yarrow, which have anti-microbial and anti-parasitic properties, just because they liked the taste. Chemicals from the herbs and chemicals associated with smoked and cooked meats were found on the Neanderthals’ teeth by a team led by Karen Hardy of the University of Barcelona. Sabrina Krief of the Museum of Natural History in Paris and her colleagues agree that the Neanderthals may have used the herbs as medicine, or even as flavor enhancers, since they have observed chimpanzees in the wild chewing bitter herbs and flavorful soils before and during meat-based meals. “The strong, bitter taste of the leaves may modify the flavor of viscera, muscles, organs, or water. The bitter taste of the cooked plant does not necessarily disappear completely; chamomile, for example, remains bitter when infused,” they wrote. To read more about Neanderthals, see "Should We Clone Neanderthals?"