Steel Blade May Have Been Wielded by Mongol Invader 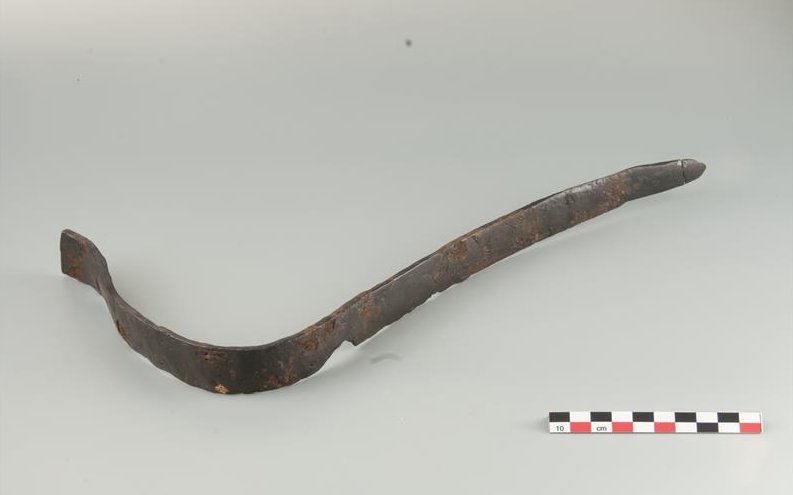 YAROSLAVL, RUSSIA—Analysis of a fragment taken from a saber found in a mass grave in the historic trade center of Yaroslavl indicates it is the oldest crucible steel weapon in Eastern Europe. Steel of this kind was first produced in India in the first century A.D., and later in Central Asia, but it was very expensive during the medieval period. The grave, located alongside the Dormition Cathedral, holds the remains of people slaughtered during the invasion of the city by Batu Khan in 1238. “The site contains comprehensive evidence of the atrocity committed that day. We found numerous skeletons of murdered women and children, many household objects like dishes, jewelry, many weapons, and this saber,” Asya Engovatova of the Russian Academy of Sciences said in a press release. The weapon’s handle has been lost, and its blade is bent. Micro-cracks in the blade show that it had been heated to a high temperature, perhaps in order to bend it before it was discarded. Engovatova thinks the blade may have belonged to a wealthy warrior from Batu Khan’s army. To read about another recently discovered sword, see "Viking Trading or Raiding?"