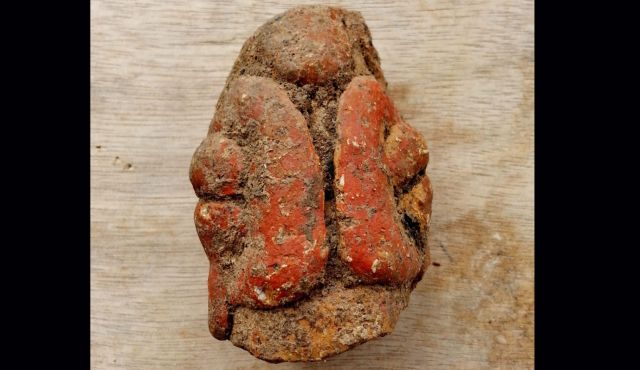 GEDERA, ISRAEL—A statue that may represent a fertility goddess and a figurine of a full-figured woman were unearthed during a rescue dig in south-central Israel. The statues, estimated to be 7,000 years old, are similar to figures from the Yarmukian culture that are usually found in northern Israel. The culture in southern Israel at this time had been labeled the Jericho 9 culture. “I think that in the end this is one culture with difference in the way pottery is made. It seems they had a single system of beliefs,” Edwin van den Brink of the Israel Antiquities Authority told Haaretz. He and Yitzhak Mermelstein are in charge of the excavation. “The question is whether the figurines represent a single ritual world in which there is an image with a bountiful chest, wide hips and maybe pregnancy. The most important question is whether the figures were made in the south or brought from the north,” Marmelstein added. Chemical tests of the clay used to make the figurines could provide the answer to that question. To read more about the Neolithic in Israel, see "8,000-Year-Old Cult Sites Surveyed in Negev Desert."