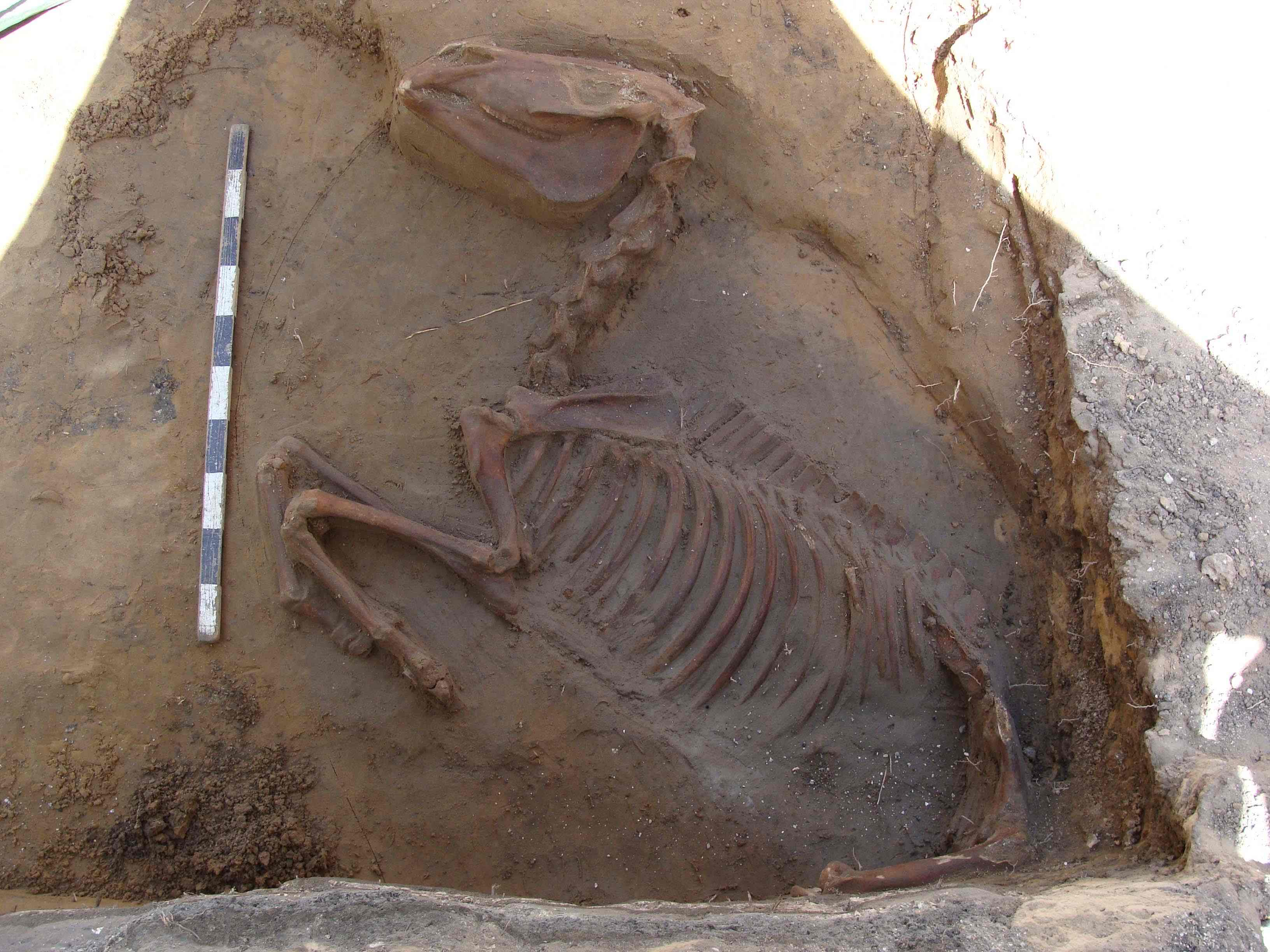 ST. AUGUSTINE, FLORIDA—While excavating ahead of a construction project in St. Augustine’s historical district, city archaeologist Carl Halbirt uncovered a late eighteenth-century horse burial. “This is the only horse burial we have ever uncovered here in the colonial downtown district,” he told First Coast News. The small horse had been buried on land that had been the site of the Spanish Dragoon Barracks, so the horse was likely to have been a part of the colonial Spanish cavalry in St. Augustine. Its size suggests that it was a now rare breed called a Marsh Tacky. “There’s this subgroup of swamp ponies that are descendants of the original horses brought over from Spain,” explained Amanda LaPorta, a colonial cavalry expert. Marsh Tackies are known for being strong, fast, and able to maneuver the Florida terrain. Halbirt thinks this horse had been a dragoon’s companion. “I think there’s reverence here. They actually laid it out on its side with the legs folded in the chest area. That’s a sign of reverence,” he said. To read about the role of horses in history, go to our newest feature, "The Story of the Horse."