Maya Pyramid at Tonina Is One of the Biggest 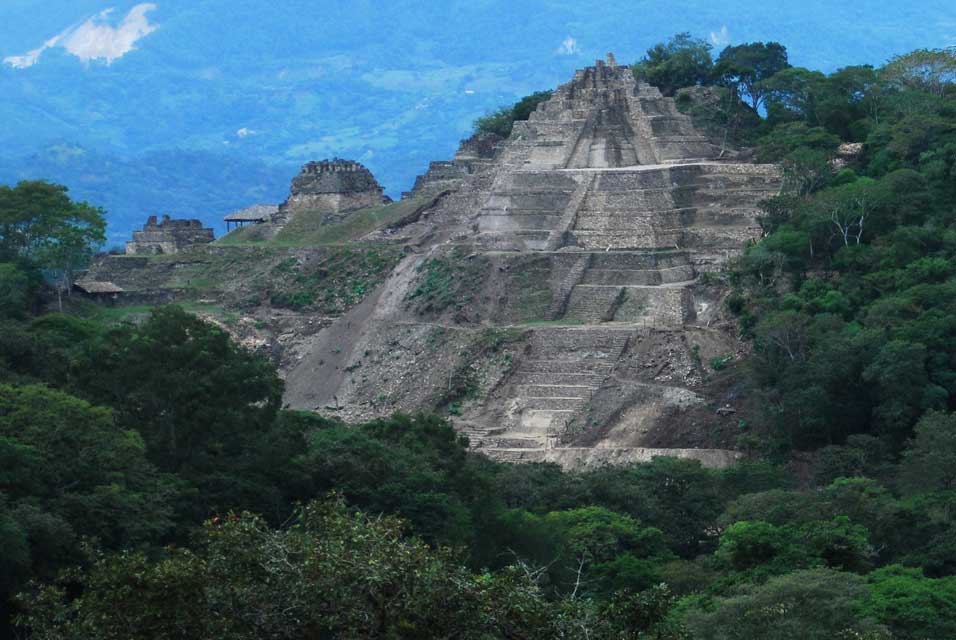 CHIAPAS, MEXICO—News.com Australia reports that recent excavations at Tonina by archaeologists from Mexico’s National Institute of Anthropology and History have shown the Maya city to be twice as large as predicted, with clearly defined districts, including areas of palaces, temples, housing, and administration. It had been thought that the Tonina acropolis had been built on a hill, but the excavations have shown that the mound covers a pyramid more than 240 feet tall, with 208 stone steps from its base to its apex. “It’s a big surprise to see that the pyramid was done almost entirely by the architects and therefore is more artificial than natural. This is because it was believed that almost every hill was a natural mound, but recent evidence has revealed that it was almost entirely built by the ancient inhabitants,” said Emiliano Gallaga, director of the site. More than 300 hieroglyphic texts have also been found. Some of them reveal the names of city rulers. The texts could eventually help scholars understand the decline of the ancient Maya civilization. To read in-depth about another ancinet Maya discovery, go to "Tomb of the Vulture Lord."