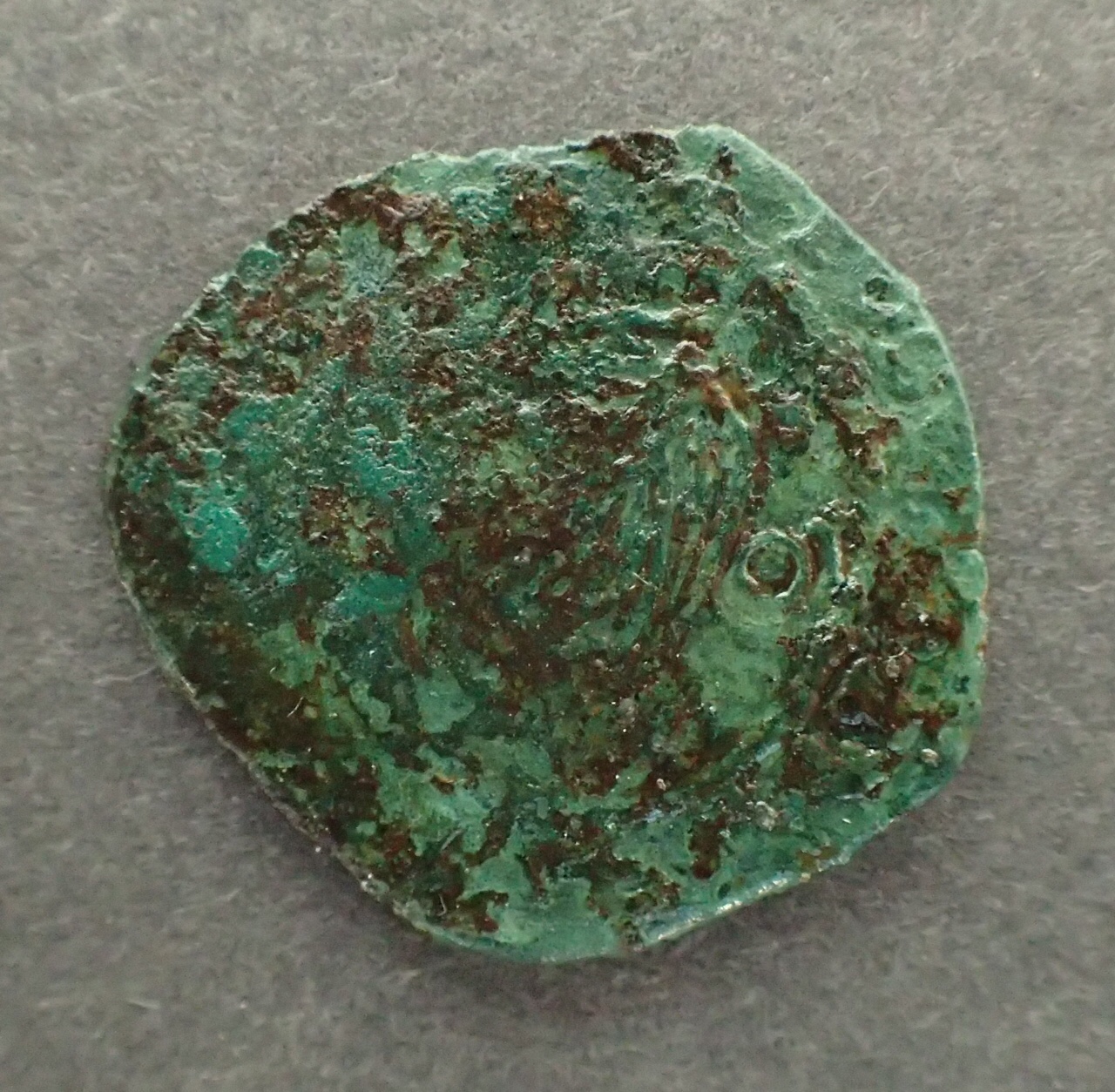 WILLIAMSBURG, VIRGINIA—The excavation of the cellar of a building and a well that stood outside of the walls of James Fort has yielded Irish pennies, minted by the English between 1601 and 1602. The coins fell into disuse when the Irish rejected them, however. Mary Outlaw, curator of collections for the Jamestown Rediscovery Project, told WYDaily.com that one of the earliest colonists, the son of an official at the Royal Mint, may have brought the coins to the colony, since more Irish pennies have been found on Jamestown Island than anywhere else in the world. The team has also recovered the matchlock firing mechanisms for two muskets. The muskets’ wooden stocks have not survived; the barrels were probably made of a higher-quality metal that was melted down and reused. Conservator Dan Gamble has cleaned a piece of wood decorated with copper tacks. Scholars are still trying to identify what it might be. To read about how archaeologists helped solved a 17th-century Jamestown mystery, go to "Jamestown Murder Solved."