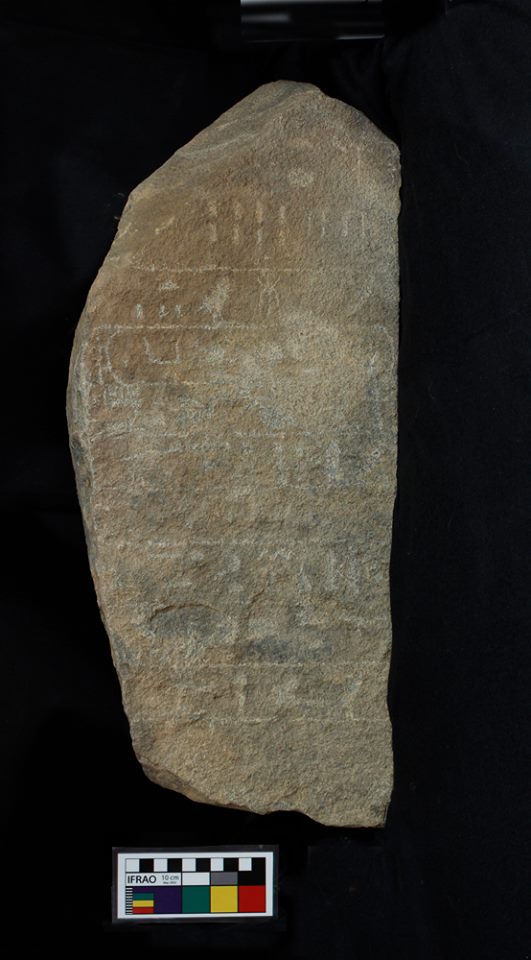 WADI EL-HUDI, EGYPT—Three steles dating to the Middle Kingdom period have been discovered by an American-Egyptian expedition led by Kate Liszka and Bryan Kraemer of Princeton University. The three steles may be linked to a fortified settlement located in an area mined by the ancient Egyptians for semi-precious stones. The inscriptions on the stones are faded, but RTI (reflectance transformation imaging) technology is helping scholars to read them. “The area of Wadi El-Hudi contains a number of amethyst mines and many Egyptian expeditions were sent to bring stones from there at the time of the Middle Kingdom to use for jewelry. Two of the discovered steles mentioned the year 28th of Senusret I’s reign as well as information on the expeditions [that] were sent to the site,” Mahmoud Afifi, head of the Egyptian Antiquities Department, told The Luxor Times. To read about another discovery in Eygpt, go to "Tomb of the Chantress."