Monolith Discovered in the Sicilian Channel 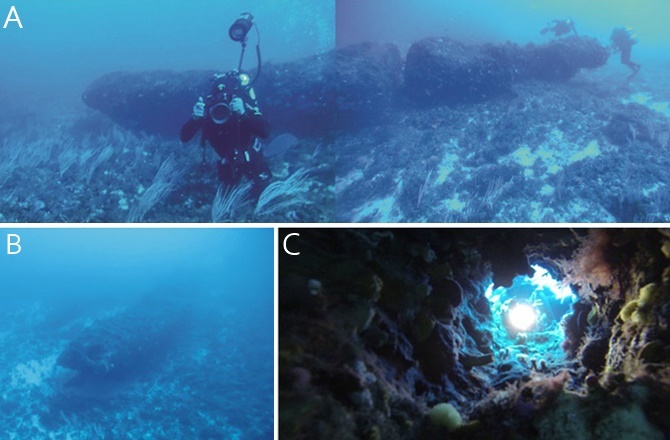 TRIESTE, ITALY—Discovery News reports that Zvi Ben-Avraham of Tel Aviv University and Emanuele Lodolo of the National Institute of Oceanography and Experimental Geophysics in Trieste, have discovered a monolith in deep water, resting on a spot that was once an island off the coast of Sicily. The 15-ton stone, broken into two parts, has three holes. Two of the holes are on the sides of the stone, the third passes through the stone at one end. “There are no reasonable known natural processes that may produce these elements,” they wrote in the Journal of Archaeological Science. The island, known as the Pantelleria Vecchia Bank, was submerged some 9,500 years ago. “Most likely the structure was functional to the settlement. These people were used to fishing and trading with the neighboring islands. It could have been some sort of a lighthouse or an anchoring system, for example,” Lodolo said. To read about the discovery of anchors from one of the ancient world's most famous battles discovered in the same location, go to "Abandoned Anchors from the Punic War Found."