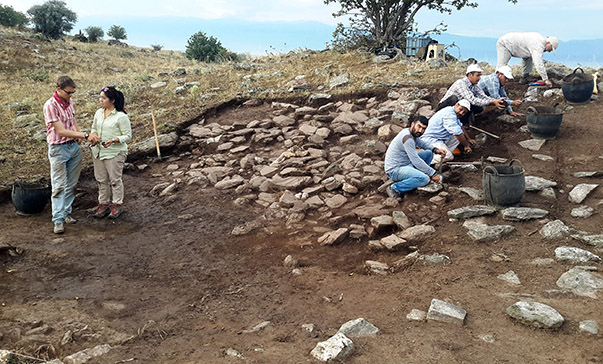 MANISA, TURKEY—A Bronze Age settlement and fortress have been discovered in Turkey’s Gölmarmara Lake basin by an international team of archaeologists working with the Kaymakçi Archaeology Project. “This area is four times larger than the ancient site of Try in Çanakkale and the largest late Bronze Age settlement that has been found in the Aegean region,” Sinan Ünlüsoy of Yaşar University told Hürriyet Daily News. The site has one of the largest of six citadels in the region that were within a day’s walk of each other. According to Ünlüsoy, this fortress may be one mentioned in texts from the Hittite Empire. To read about a similar Bronze Age site, go to "Temple of the Storm God."