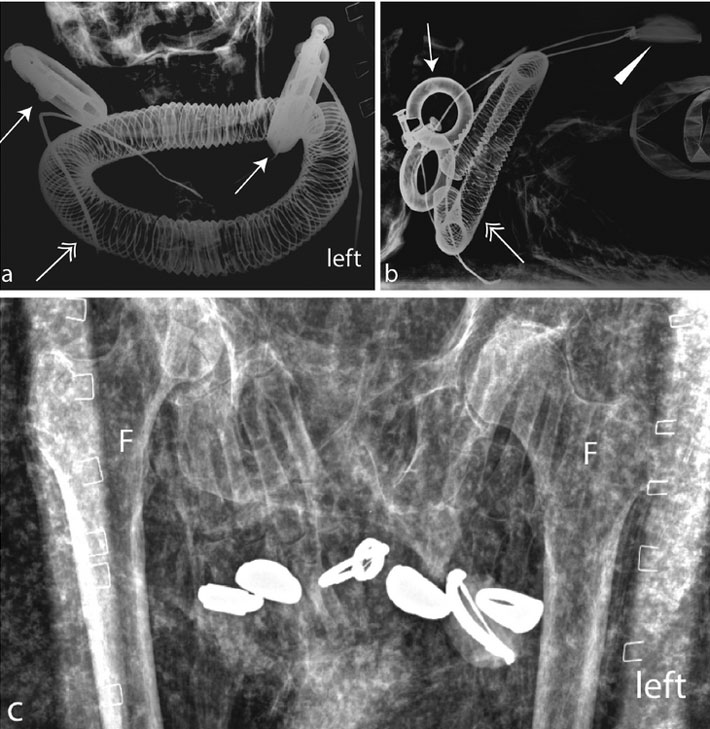 TURIN, ITALY—Scientists have taken a new high-tech look at the royal architect Kha and his wife Merit—a pair of Egyptian mummies dating to the 18th Dynasty that were discovered in the village of Deir el Medina in 1906. It had been thought that their bodies had been put through a poor mummification process because their internal organs had not been removed and placed in canopic jars, as the organs of royal mummies usually were during this time period, some 3,500 years ago. According to a report in Discovery News, however, the international research team found that all of the internal organs were well preserved. X-ray imaging and chemical microanalyses showed that the mummies were decorated with jewelry. Kha’s wrappings had been treated with animal fat or plant oil and balsam. Merit’s mummy had been treated with fish oil, balsam, resin, and beeswax. “The findings tell us that the lower-level elite, such as Kha and Merit, received a reasonable degree of care. Significant effort was clearly involved in their mummification, even if it did not produce the same high level of bodily preservation as the higher elite and royals at this time,” said Joann Fletcher of the University of York. To read about animal mummies in ancient Eygpt, go to "Messengers to the Gods."