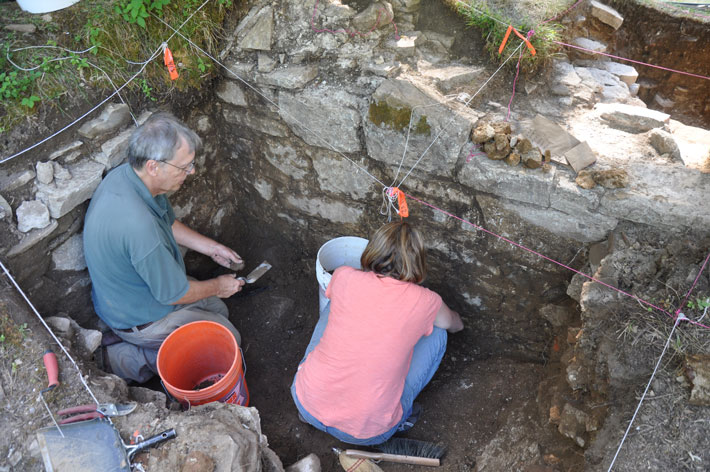 LAKE GEORGE, NEW YORK—An ongoing project at the Lake George Battlefield Park site has uncovered sections of a stone wall that project lead archaeologist David Starbuck believes belong to a British fort dated to 1759, reports the Bradenton Herald. After the capture of Fort Ticonderoga by the British in that year, however, Jeffrey Amherst, the commander of British forces in North America, halted construction of the large fort, and it was never completed. For Starbuck, uncovering stone walls six feet high and up to five feet thick was entirely unexpected. In addition to the sections of wall, the team has uncovered musket balls, gun flints, and also pottery dating to the period. To read about a Revolutionary War fort just across Lake Champlain, go to “Off the Grid.”