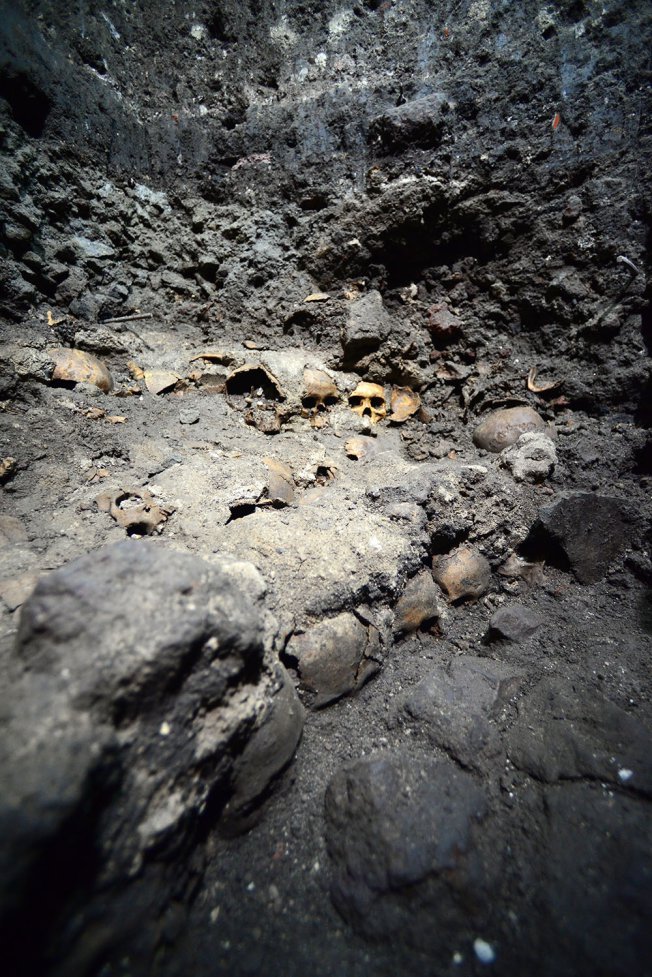 MEXICO CITY, MEXICO—In the ruins of the great Aztec site of Templo Mayor, archaeologists have unearthed a massive tzompantli, or trophy skull rack, that was built between 1485 and 1502. These racks were used by the Aztecs to display the heads of their enemies, who may have been sacrificed atop nearby pyramids. Paintings and descriptions of the racks from the early colonial period suggest the Aztecs used wooden poles to suspend the skulls between vertical posts. The recently discovered tzompantli differs from others that have been depicted and discovered in that rows of skulls seem to have been mortared to one another and formed a circle in which the skulls were arranged to look at the center. “There are 35 skulls that we can see, but there are many more,” National Institute of Anthropology and History archaeologist Raúl Barrera told The Guardian. “As we continue to dig the number is going to rise a lot.” To read in-depth about the excavations, go to “Under Mexico City.”