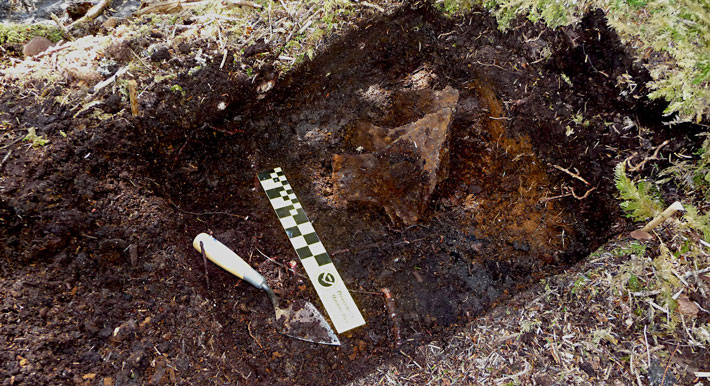 SITKA, ALASKA—In January 1813, the Russian-American Company frigate Neva wrecked off Kruzof Island after a difficult journey from the Siberian port of Okhotsk. Fifteen crew members had died at sea, 32 died in the wreck, 28 made it to shore near Sitka, Alaska, and 26 survived. There are a few known accounts of the experience, but no official records of the wreck. “The items left behind by survivors provide a unique snapshot-in-time for January 1813, and might help us to understand the adaptations that allowed them to await rescue in a frigid, unfamiliar environment for almost a month,” Dave McMahan of the Sitka Historical Society said in a press release. McMahan and his team want to verify the location of the wreck and the survivor camp, in an area where they have found caches of Russian axes and other items, including gun flints, musket balls, pieces of sheet copper, iron and copper spikes, and a fishhook made of copper. The gun flints are thought to have been used to start fires. “Collectively, the artifacts reflect improvisation in a survival situation, and do not include ceramics, glass, and other materials that would be associated with a settlement,” McMahan explained. To read about shipwreck archaeology in the High Arctic, go to "Saga of the Northwest Passage."