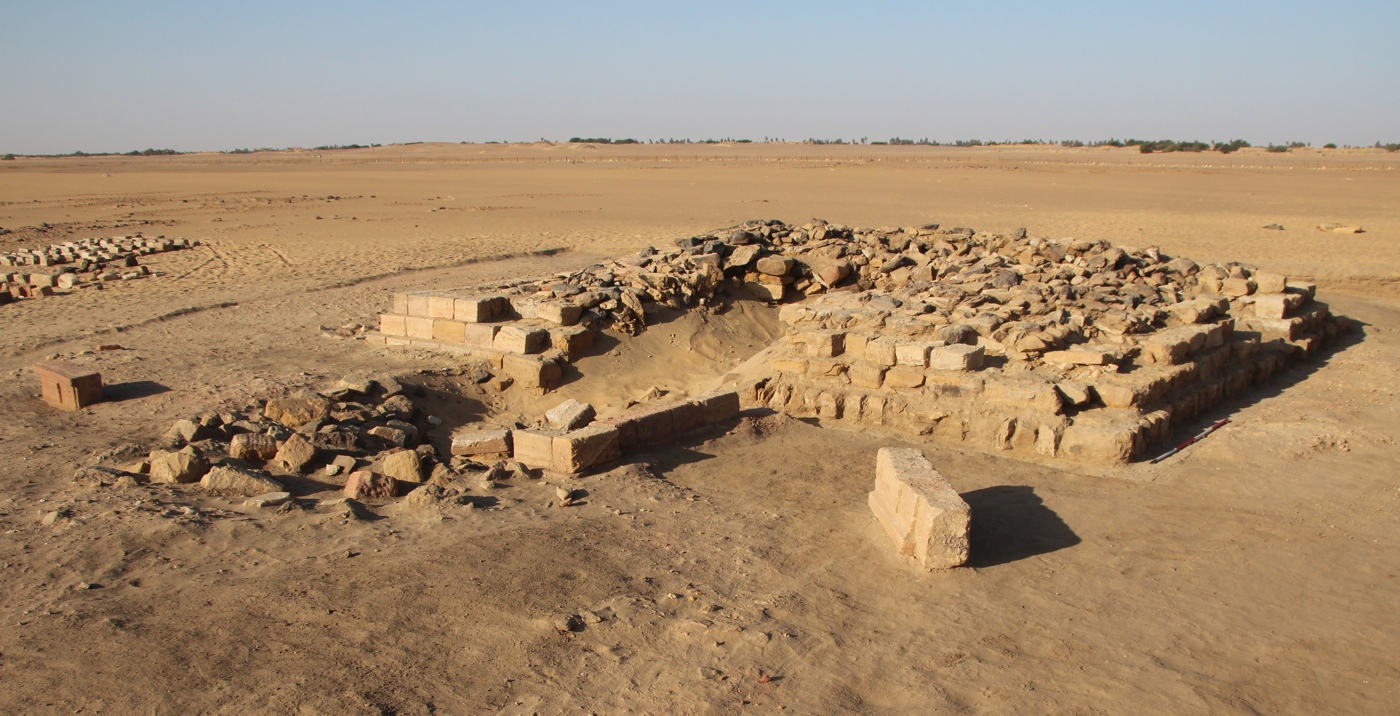 LONDON, ENGLAND—Sixteen pyramids sitting atop tombs have been unearthed since 1998 in a large cemetery near the ancient town of Gematon in Sudan. The largest was about 35 feet long on each side and would have stood some 43 feet tall. “So far, we’ve excavated six made out of stone and 10 made out of mud brick,” Derek Welsby of the British Museum told Live Science. Other tombs in the 2,000-year-old cemetery were topped with rectangular structures known as mastabas, or piles of rocks called tumuli. Most of the tombs at the site have been looted, but one yielded a royal tin-bronze offering table bearing a scene showing a prince or priest offering incense and libations to the god Osiris, ruler of the underworld. Osiris and the goddess Isis, who is also shown in the image, originated in Egypt, but they were also venerated in Kush. Gematon was eventually abandoned as trade routes changed and the economy of the Roman Empire deteriorated. To read more about Kushite pyramids, go to "Miniature Pyramids of Sudan."