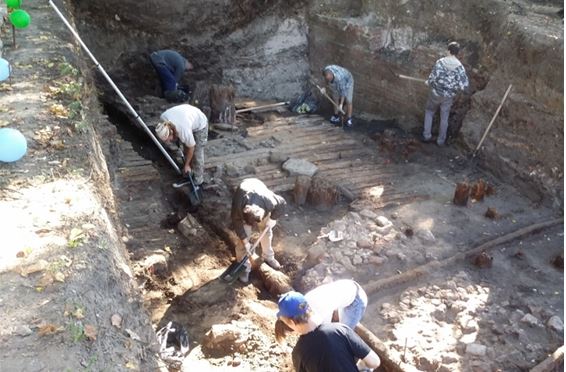 MOSCOW, RUSSIA—Excavations in Moscow’s central Zaryadie district have uncovered layers of wooden pavements thought to represent the city’s oldest road, known as Velikaya, “The Large One.” Although not named on historic city plans, it is mentioned in city chronicles, and is believed to have connected the old Kremlin and a wharf on the Moscow River. “We were very lucky to have reached the road. The district is full of the city’s infrastructure lines and old archaeological excavation sites,” Leonid Belyayev of the Archaeology Institute at the Russian Academy of Sciences told The Moscow Times. Most of the seventeenth-century road surface has been revealed, and in areas, the fifteenth-century road has been uncovered. The deepest layer of the road surface is thought to date to the twelfth century, when the Kremlin was established. For more, go to "Moscow Underground."