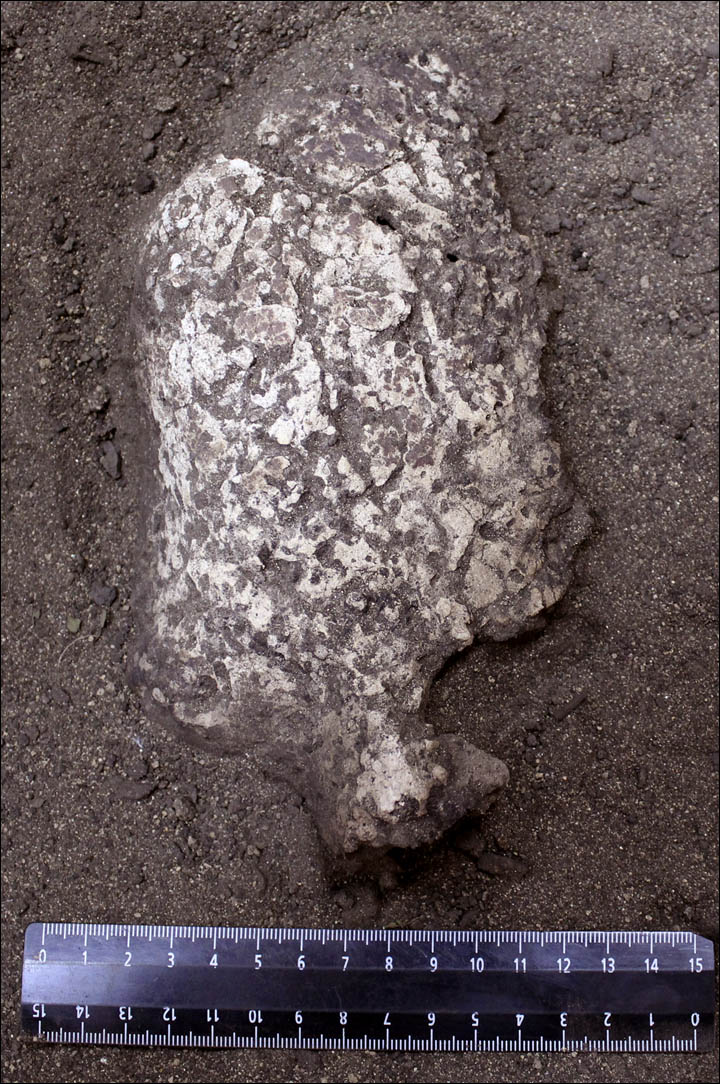 KEMEROVO, RUSSIA—A large fifth-century crypt containing the remains of as many as 30 people has been excavated in Siberia. The crypt, constructed as a large hole with a stone wall around it, had a log floor. Pavel German of the Institute of Human Ecology in Kemerovo says that in this burial, known as Shestakovo-3, the Tashtyk people placed dummies with bodies made of leather or fabric filled with the cremated remains of adults. A life-like gypsum mask of the deceased was then placed on the dummy. “Such gypsum masks are excellently preserved in a dry environment, in sandy soil, as for example in Khakassia. Here, in Kemerovo region, the soil is more wet, besides there are tree roots everywhere. It doesn’t help the preservation. We have here a lot of fragments, but we hope to restore them. For example we’ve got rather big fragment, half of one mask,” he told The Siberian Times. The skeletal remains of children were found buried near the walls of the crypt. “After the crypt was filled it was burned down. The wooden construction fell down and overlapped burials,” German said. To read more about Siberian archaeology, go to "Fortress of Solitude."