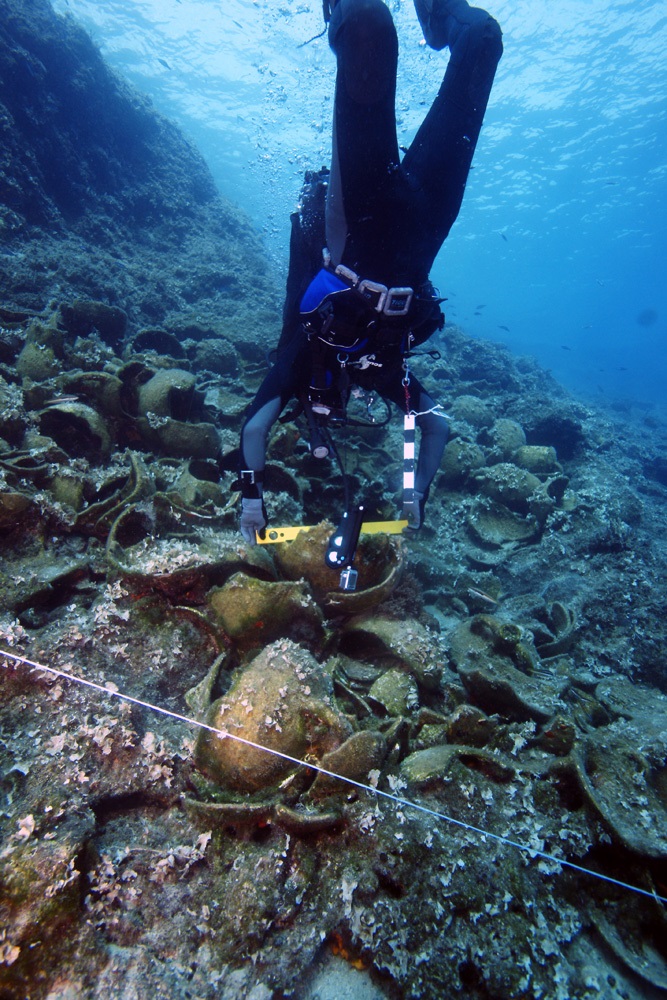 SOUTHAMPTON, ENGLAND—Twenty-two shipwrecks have been discovered and mapped in a 17-square-mile area near Greece’s Fourni archipelago. The islands are in the middle of high-traffic routes that connected the Aegean to the Levant, the Black Sea regions, and Egypt. “Surpassing all expectations, over only 13 days we added 12 percent to the total of known ancient shipwrecks in Greek territorial waters,” Peter Campbell of the University of Southampton and the RPM Nautical Foundation told Discovery News. The wrecks range in age from the Archaic Period (700-480 B.C) through the sixteenth century A.D. More than half of them date to the Late Roman Period (300-600 A.D.). “What is astonishing is not only the number of the shipwrecks but also the diversity of the cargoes, some of which have been found for the first time,” said underwater archaeologist George Koutsouflakis. Three of those cargoes include Archaic pots from the island of Samos, second-century A.D. amphoras from the Black Sea region, and carrot-shaped amphoras from Sinop, which is located on Turkey’s Black Sea coast. The team expects to find many more wrecks along the archipelago’s coastline next season. To read more about underwater archaeology, go to "History's 10 Greatest Wrecks."