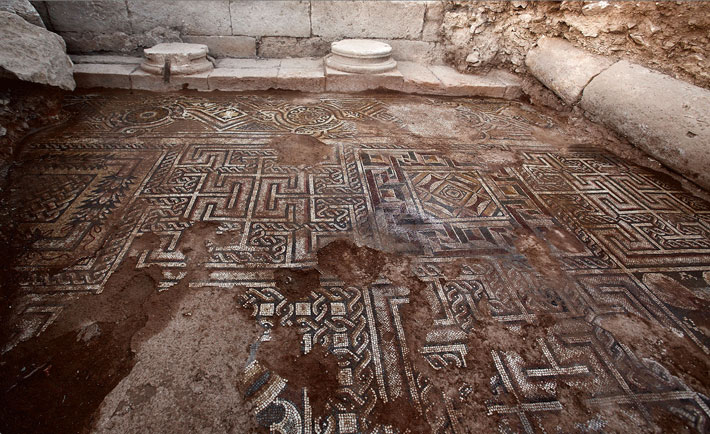 MÜNSTER, GERMANY—A luxurious mosaic floor has been uncovered in a villa in the ancient Roman city of Doliche, which is located in Turkey, by a team of scholars from the University of Münster. “The city is one of the few places where Syrian urban culture from the Hellenistic-Roman era can currently still be studied,” Englebert Winter said in a press release. The political situation in the Middle East, development, and looting have prevented archaeologists from working in other sites from Roman Syria such as Apamea, Cyrrhus, and Antioch on the Orontes. “The most outstanding discovery of our excavations is a high-quality mosaic floor in a splendid complex of buildings with a court enclosed by columns that originally covered more than 100 square meters,” archaeologist Michael Blömer said in a press release. “Because of its size and the strict, well-composed sequence of filigran geometric patterns, the mosaic is one of the most beautiful examples of late antique mosaic art in the region,” he added. The site has also yielded houses, alleys, and water pipelines. Public areas of the city will be excavated next year. To read more about Roman-era mosaics in Turkey, go to "Zeugma After the Flood."