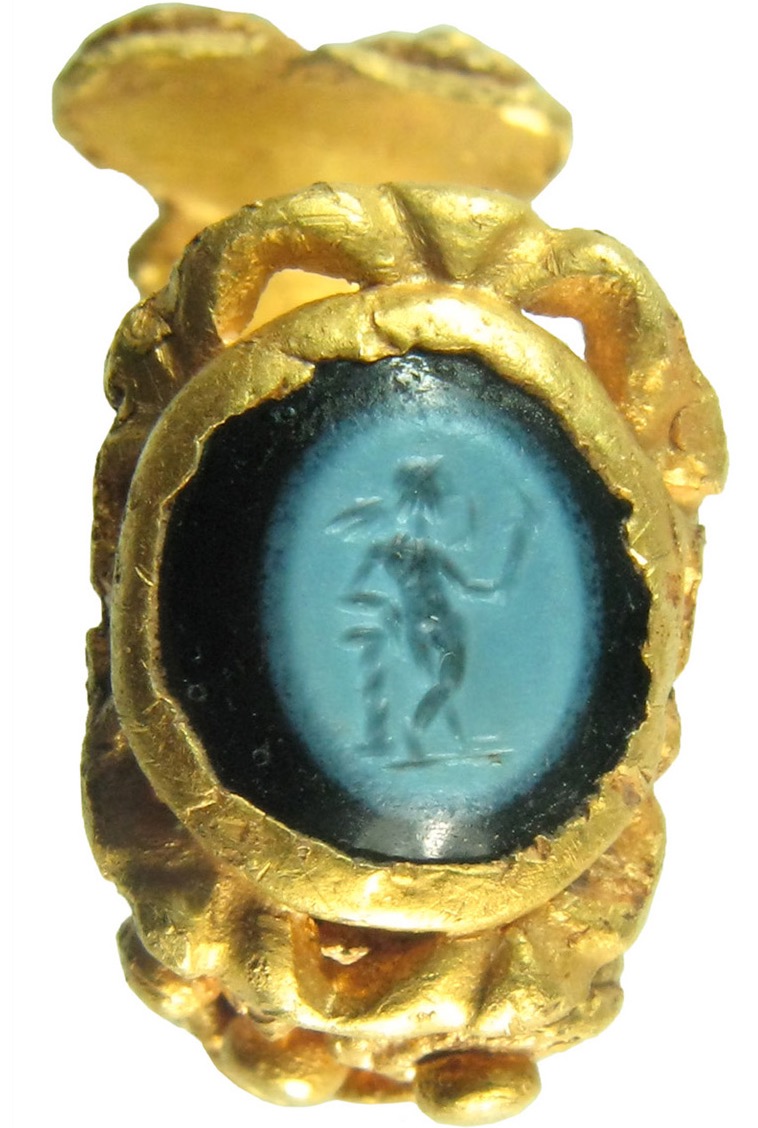 TANGLEY, ENGLAND—A gold ring containing a stone engraved with an image of Cupid, the Roman god of erotic love, has been found by an amateur metal detectorist near the English village of Tangley. Live Science reports that researchers who have examined the ring have determined that, based on its design, it dates to around the fourth century A.D., when England was part of the Roman Empire. In the engraving, made in a type of onyx called nicolo, an adolescent male stands completely naked, resting one arm on a column and holding a torch in the other. A small pair of wings emerging from his shoulders identifies him as Cupid, the researchers note. The ring has been acquired by the Hampshire Museums Service and will be put on display at the Andover Museum in Andover. To read about an ancient Roman burial in England, go to "What's in a Name?"