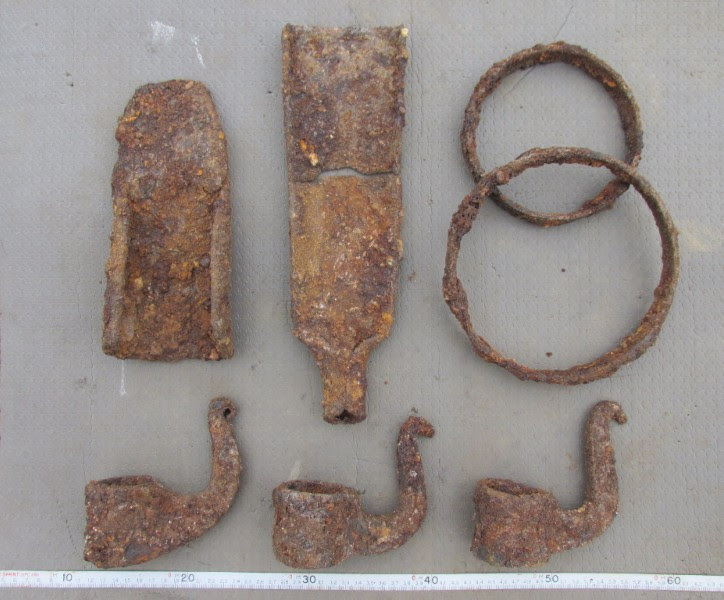 ZVENIGOROD, RUSSIA—Traces of the sixteenth-century village of Ignatievskoe were unearthed by a team from the Institute of Archaeology of the Russian Academy of Sciences during rescue excavations ahead of the construction of a new highway. Among the 60 buildings, the excavators discovered an underground, timber-lined storehouse that was probably in the basement of a mansion belong to a boyar, or nobleman. It contained spiked helmets that had been stored in leather boxes, body armor, belts, arrows, sections of military sabers, pieces of camp tents, and cooking equipment. The private arsenal may have been intended to supply a standing army, but the house had burned down and the weapons were never recovered. “We’ve never encountered such finds in the Moscow region before neither in cities and especially not in small villages,” deputy director Asya Engovatova told Phys.org. “This gives us a much better idea how a Russian noble would have prepared for setting out on a military campaign—each nobleman would have had his own arsenal in readiness,” added Alexei Alexeyev, specialist in charge of the excavations. To read about a mass grave holding troops who died in the winter of 1812 during the French retreat from Russia, go to "Digging Napoleon's Dead."